By: News 12 Staff
WHAT'S NEW: A winter storm watch is in effect starting 7 p.m. Friday, lasting through 7 p.m. Saturday for both Nassau and Suffolk counties. 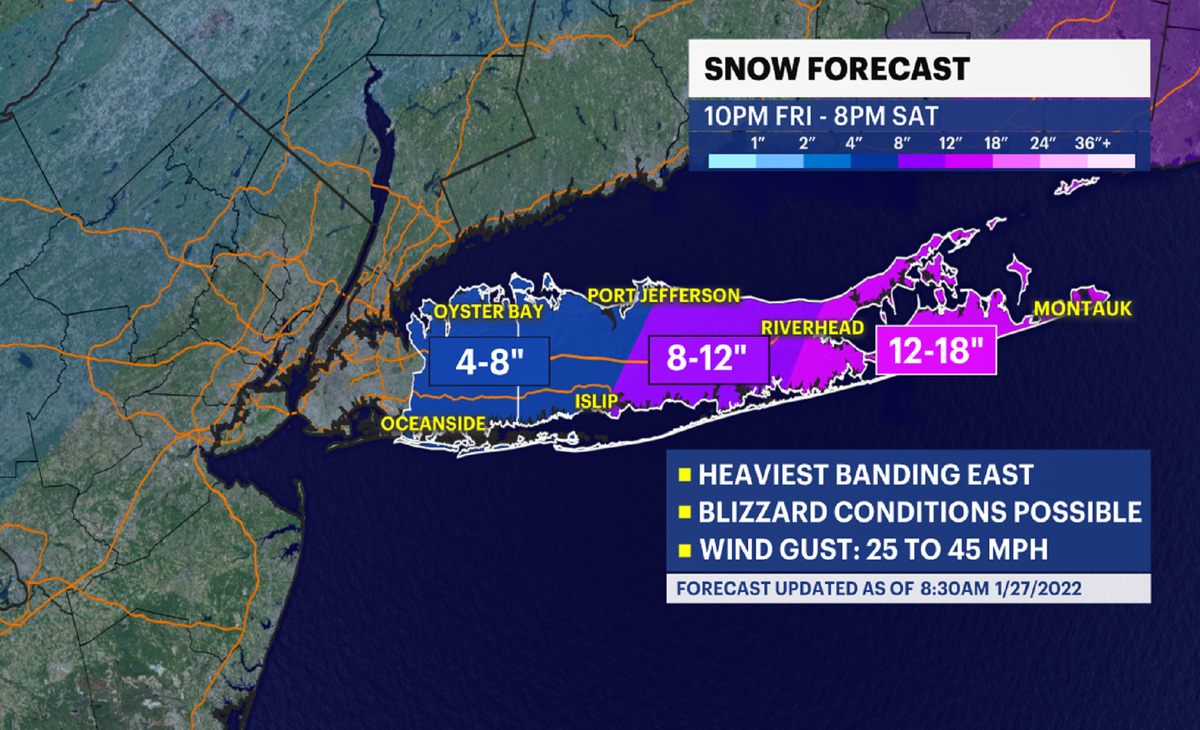 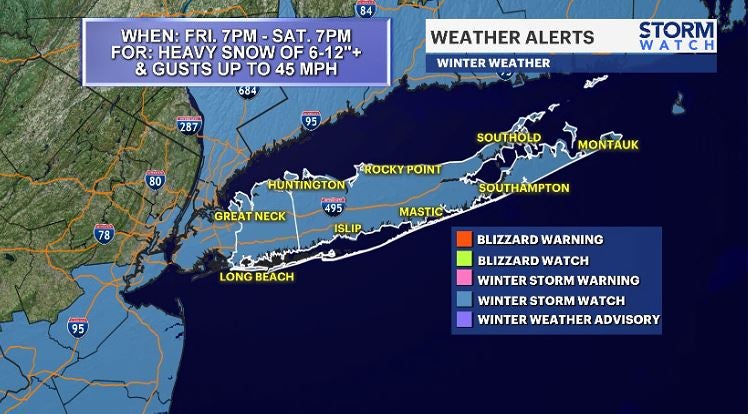 WHAT'S NEXT: A major winter storm has an increasing chance of bringing significant snow for parts of Long Island, mainly eastern half of Suffolk County towards the East End. Light snow will begin late Friday, after the evening rush, but snow won't become steady until late Friday night (after 10 p.m.) and through the overnight hours. The storm will ramp up through the Saturday morning hours with heavy snow and winds gusting 30 to 50 mph. Snow will be heavy at times through the early afternoon hours before tapering off in the evening. Expect blowing and drifting snow, especially on the East End. Coastal flooding at high tide and beach erosion will also be a threat. Power outages may also be an issue with any down trees and power lines. 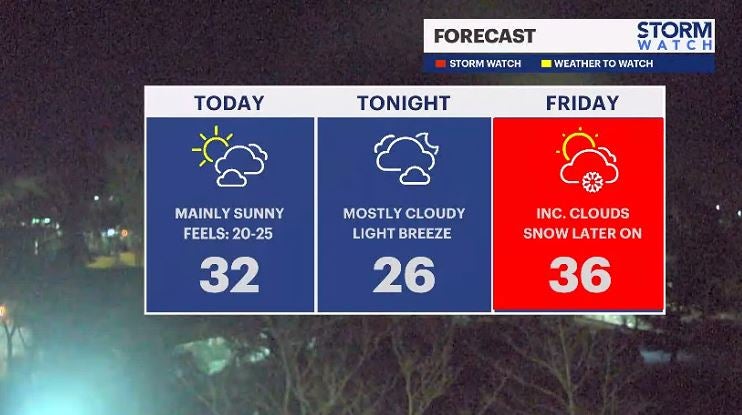 A total of 4-8 inches is possible in Nassau County and 8-18 inches in Suffolk. Totals will be adjusted over the course of the next 24 to 36 hours. The storm track has shifted slightly east, away from the island, so further adjustments to that track are likely to happen.
T0DAY: Mix of sun & clouds and cold. Highs near 32 degrees. Expect a light wind out of the North then to switch to out of the South at 5 to 10 mph.
TONIGHT: Mostly cloudy and still cold. Lows near 26. Southwest wind 3 to 8 mph.
FRIDAY: Clouds will gradually be increasing and thickening up with an increasing chance of light snow later on in the day, after about 5 p.m. to 6 p.m. The snowfall rates will be picking up overnight into Saturday morning. Highs near 36 degrees. Lows near 20. Winds will be breezy at times in the evening hours. 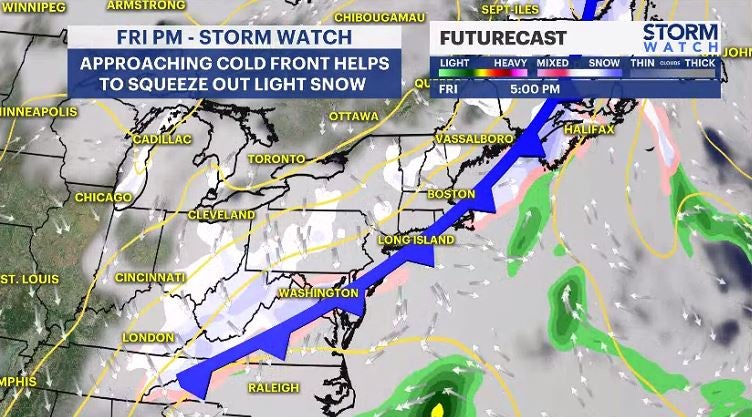 SATURDAY: Moderate to heavy snowfall with gusty winds, especially for the morning hours. Blowing and drifting snow with the chance of significant accumulations. Dangerous travel and coastal flooding is possible during high tide. Highs near 26 degrees (which will happen early in the day with temps dropping through the day) with northeasterly winds 25 to 45 mph. Snow will gradually taper off through the afternoon to evening hours. Lows near 13 degrees. 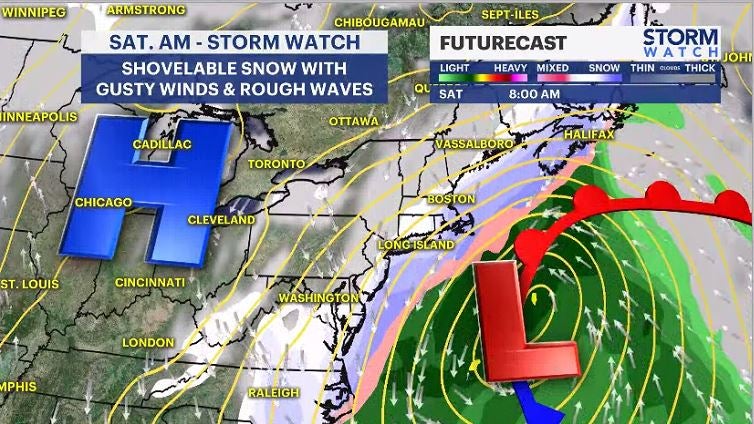 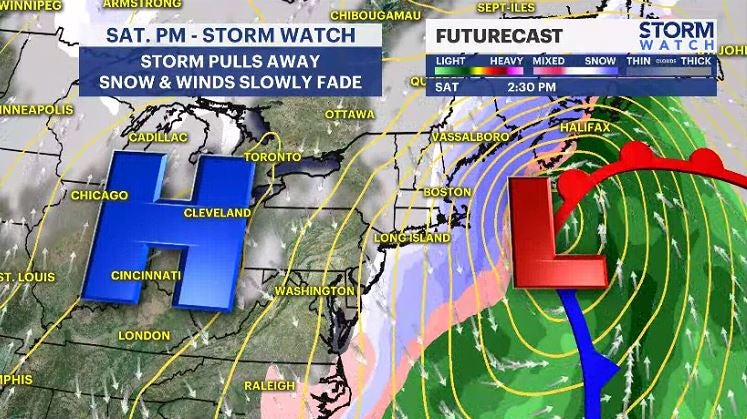 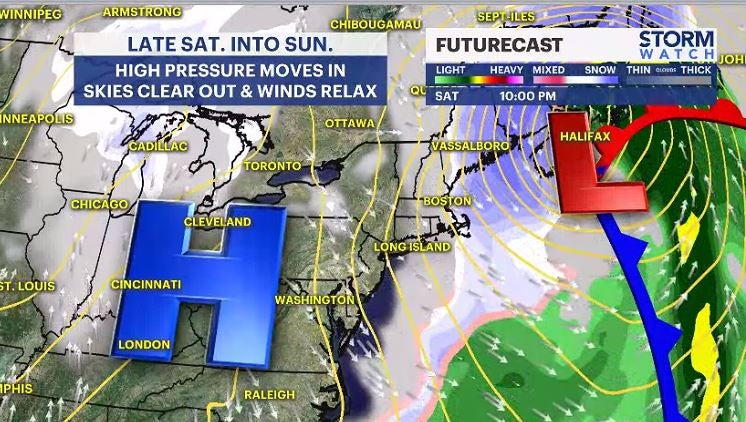 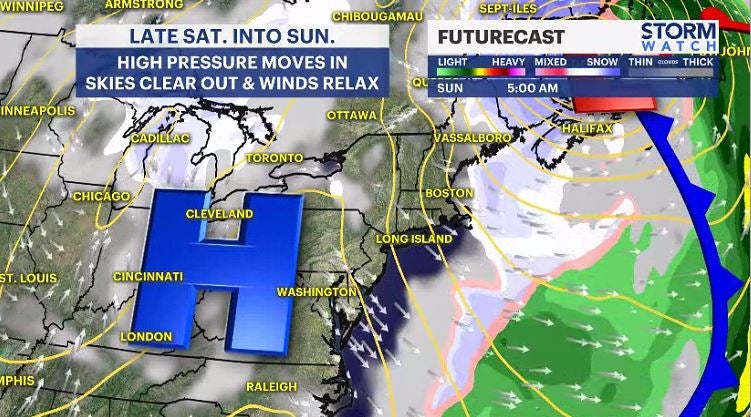 SUNDAY: Mostly sunny and cold with breezy winds in the morning hours that will be becoming lighter by midday. highs near 29. Lows near 14. 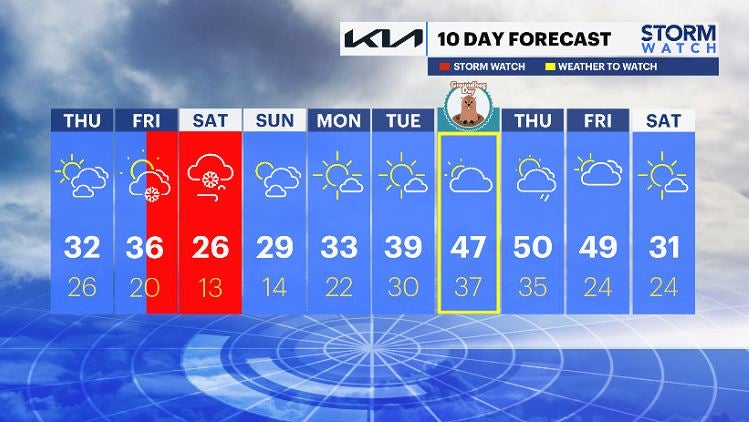 JANUARY NOR'EASTER: Saturday snowstorm could bring 3-6" in the Bronx, 6-9" in Brooklyn

Long Islanders stock up on supplies ahead of weekend snow

STORM WATCH: Tracking a major storm with 4 to 8" of snow for lower Hudson Valley