JANUARY NOR'EASTER: Saturday snowstorm could bring 3-6" in the Bronx, 6-9" in Brooklyn

By: News 12 Staff
A coastal storm could produce impactful accumulating snow for New York City on Saturday.
Accumulations of about 3-6 inches of snow are expected with higher amounts possible with any modification of storm track - 6-9 inches of snow is expected just east of the city and can fall in eastern portions of Brooklyn and Queens.
These changes would occur last minute for the area.

TONIGHT: Becoming cloudy after midnight. A snow shower possible by dawn. Lows near 27.
FRIDAY: A few snow showers likely. A coating of up to an inch is possible for some. Highs near 35.
FRIDAY NIGHT: Steady snow develops by midnight, accumulating through the overnight. Lows crash to 18. 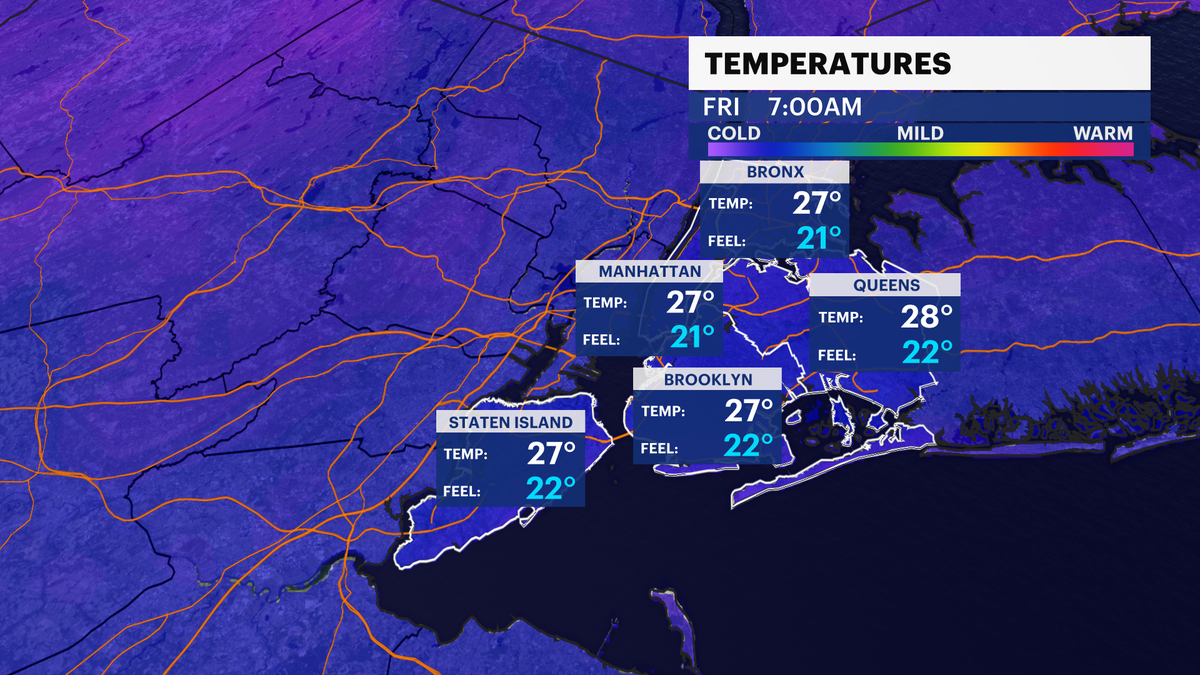 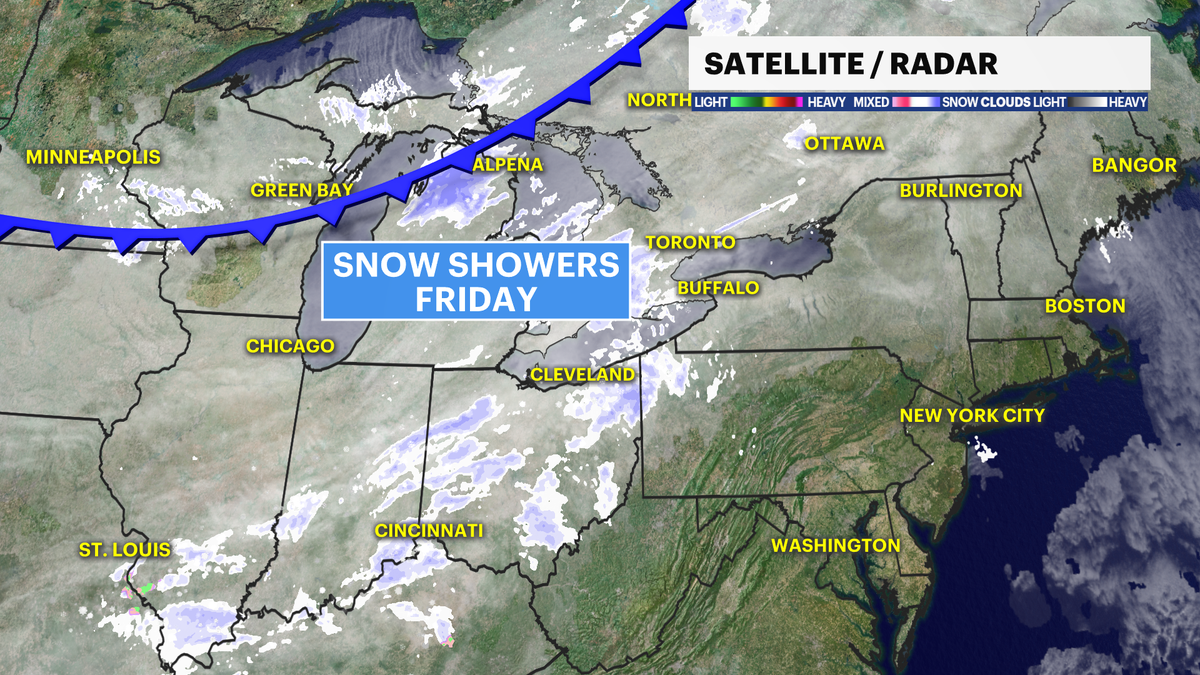 SATURDAY: Accumulating snow expected to continue through lunchtime, then mostly cloudy and windy. Total snow accumulations could be up to 6 inches or more. Highs struggle to reach 20. Wind gusts of 30+ mph likely. Lows down to 13. 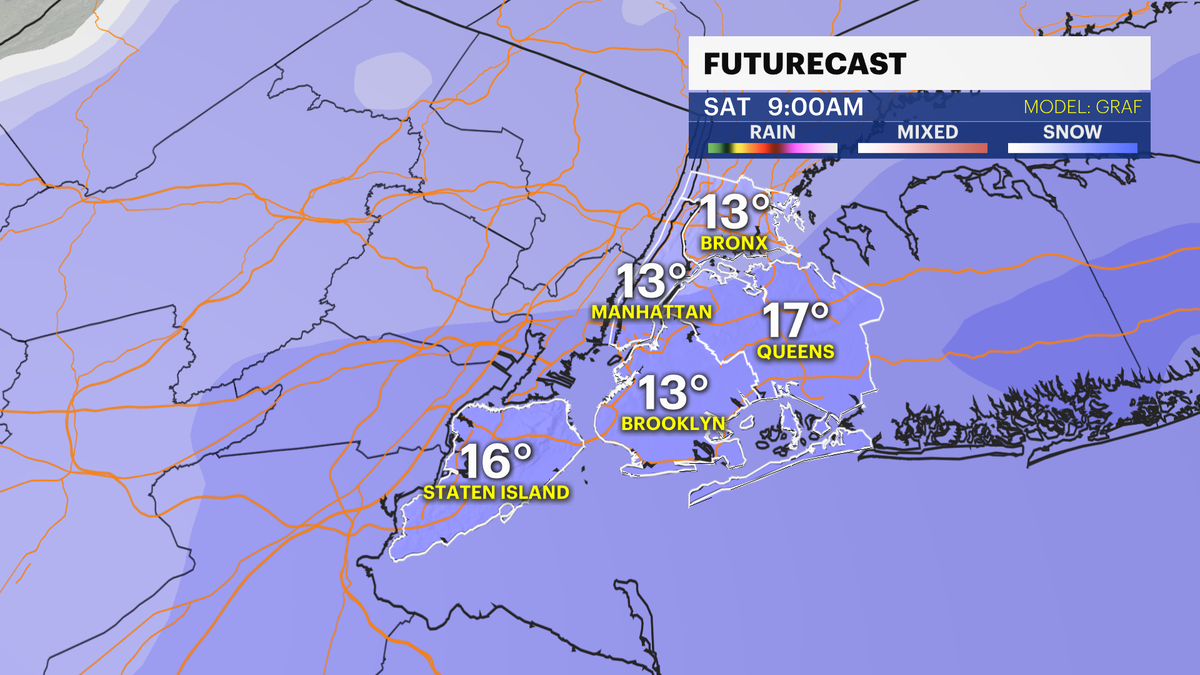 Long Islanders stock up on supplies ahead of weekend snow

STORM WATCH: Tracking a major storm with 4 to 8" of snow for lower Hudson Valley