Temperatures to reach above freezing; flurries possible in NYC

By: News 12 Staff
Temperatures in New York City will reach above freezing Sunday, but snow flurries are possible in the evening. 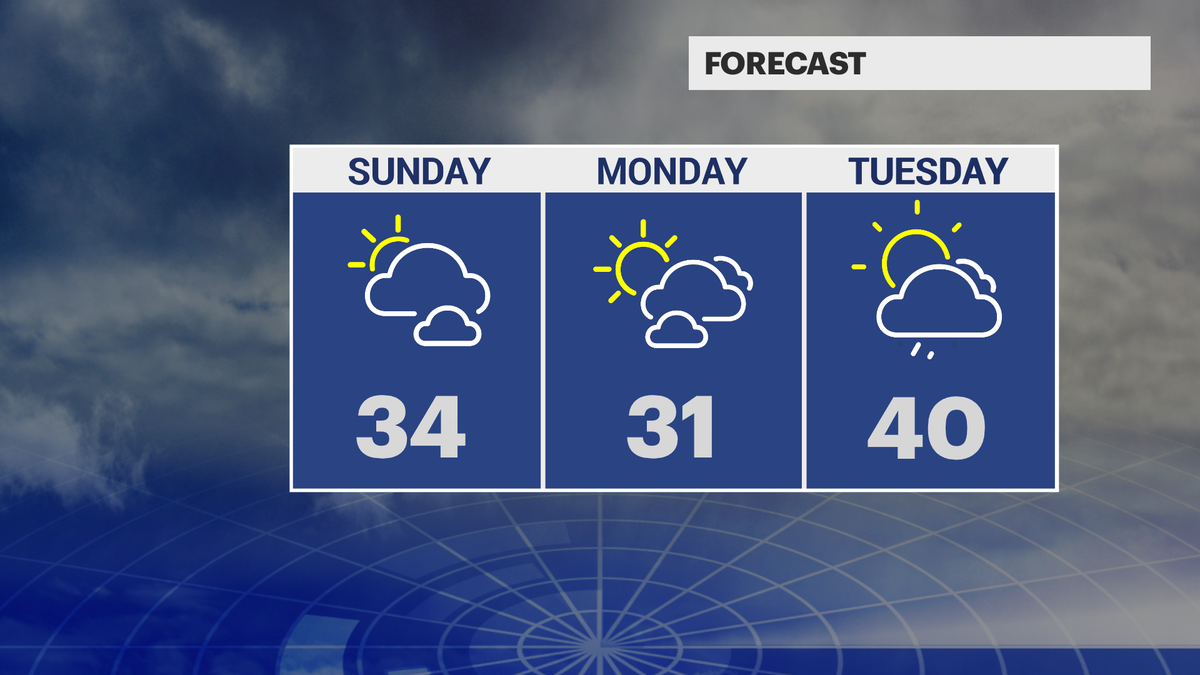 Highs will be in the mid-30s. Sunday night will see temperatures dropping back to the teens. 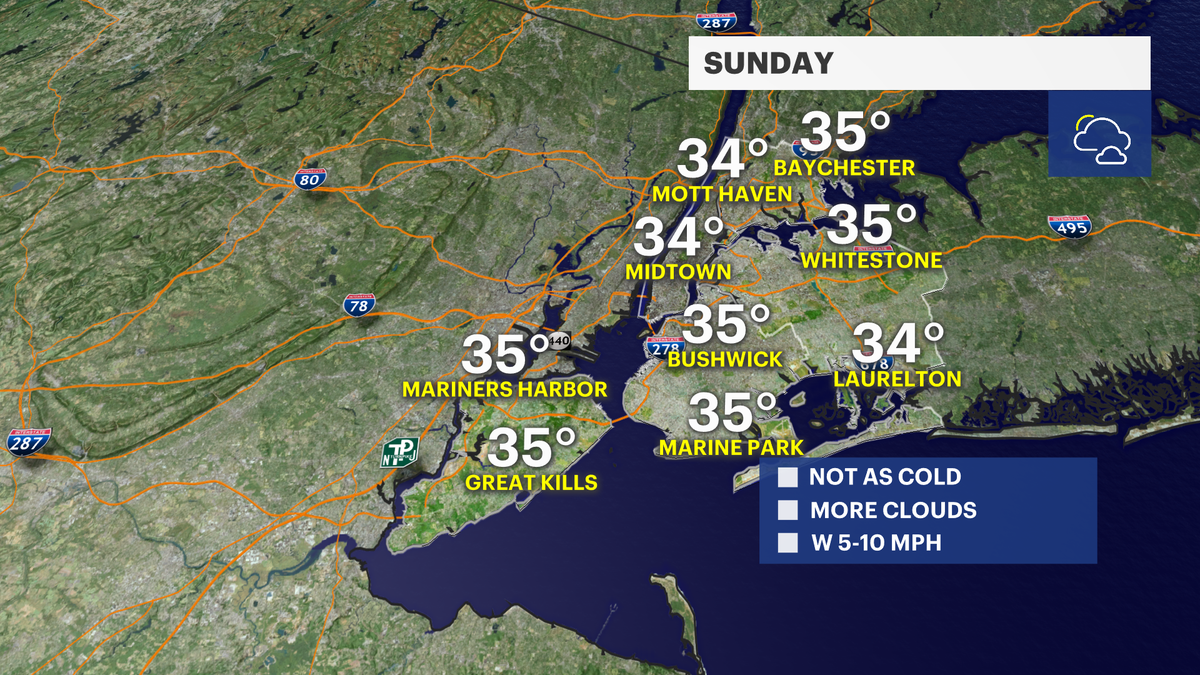 Monday will see mixed sun and clouds with highs in the low-30s.
Tuesday may see a few flurries before dawn, then some rain/mix showers in the evening. Highs will be near 40 degrees. SUNDAY: Partly to mostly cloudy. Highs near 34. Lows down to 19. Slight chance at a snow flurry or two at night, most remain dry.
MONDAY: Mix of sun and clouds, cold. Highs near 31. Lows near 29.
TUESDAY - WX TO WATCH: Two weak storm systems, one to the north of NYC, one to the south. As of now, these storms look to stay separate! Mostly cloudy a few flurries possible before dawn, then some rain/mix showers possible Tuesday night. Highs near 40. Lows down to 25.
WEDNESDAY - FRIDAY BITTER BLAST THU-FRI AM: Quiet but VERY cold! Highs in around 30, lows in the mid-teens.
SATURDAY: Our next storm potential. Forecast is highly variable and dependent on how Tuesday's systems progress. More concrete information will be available by Wednesday AM. For now, forecasting a chance of snow showers. Highs in the low 30's, lows in the mid 20's.
Related Stories

Temperatures to reach above freezing; flurries possible on Long Island

Temperatures to reach above freezing; flurries possible in Hudson Valley