Have you seen a spotted lanternfly? Here’s what you need to know about the risk the invasive pest poses to our agriculture. 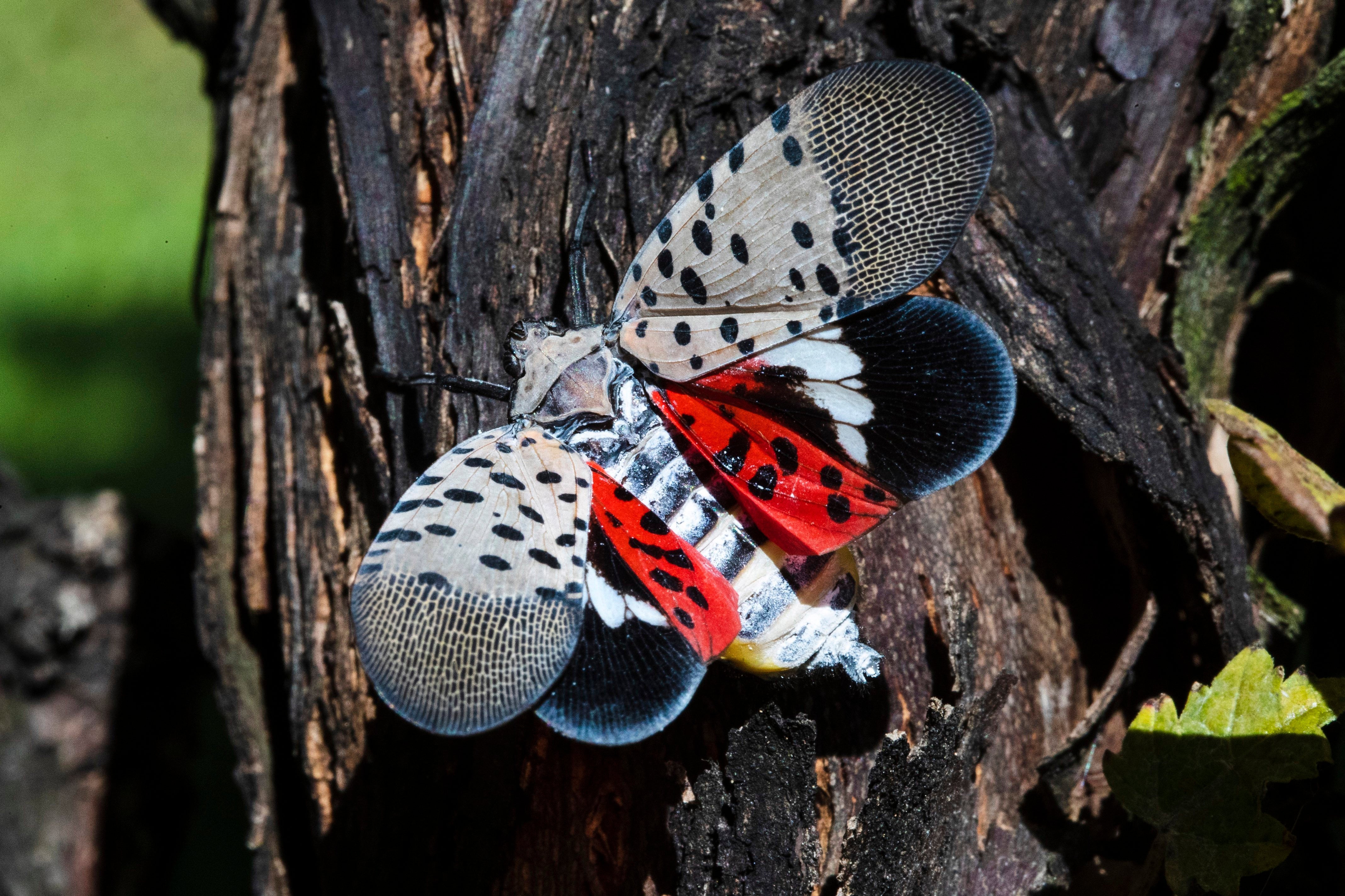 The spotted lanternfly is an invasive planthopper native to China, India, and Vietnam. It is also established in South Korea, Japan and the U.S.
The bug represents a threat to the tri-state environment, residential areas, and agriculture - particularly forests, orchards, vineyards, and nurseries, according to the Connecticut Agricultural Experiment Station.
Below is all you need to know about the insects:

Why is it important to stop a spotted lanternfly invasion?

The insect has the potential to greatly impact agricultural crops and hardwood trees. It feeds on the plant sap of many different plants including grapevines, maples, black walnut, and other important plants in the tri-state area. The bug feeding damage signiﬁcantly stresses the plants, which can lead to decreased health and potentially death. While it does not harm humans or animals, it can reduce the quality of life for people living in heavily infested areas.

Where was it first discovered in the United States?

According to the New Jersey Department of Agriculture, it was ﬁrst discovered in the U.S. in Pennsylvania in 2014, and has spread to other states, including Connecticut, New Jersey, New York, Delaware, Maryland, Virginia, West Virginia, and Ohio.

Has the pest been seen in the tri-state?

Yes. New Jersey populations were first detected in 2018 and have been detected in every county since, although populations remain most troublesome in the counties bordering Pennsylvania. The insects have been detected in Connecticut with established populations detected in Fairfield County and single individuals intercepted in numerous towns. And in New York, an infestation was discovered in Staten Island in August 2020.
RELATED: Eight NJ counties under quarantine for spotted lanternfly. If you see one, officials say to destroy it
RELATED: Invasive spotted lanternfly seen in Orange, Rockland and Westchester counties

How do you identify it?

Adult spotted lanternflies are about one inch long and one half inch wide. The forewings are tan with black spots, while their signature colorful hindwings have lower red patches and upper black patches, separated with a white section in between. The red hindwings are mostly hidden unless the wings are spread. Adults crawl, jump, or fly short distances. You will see adults from July to November. 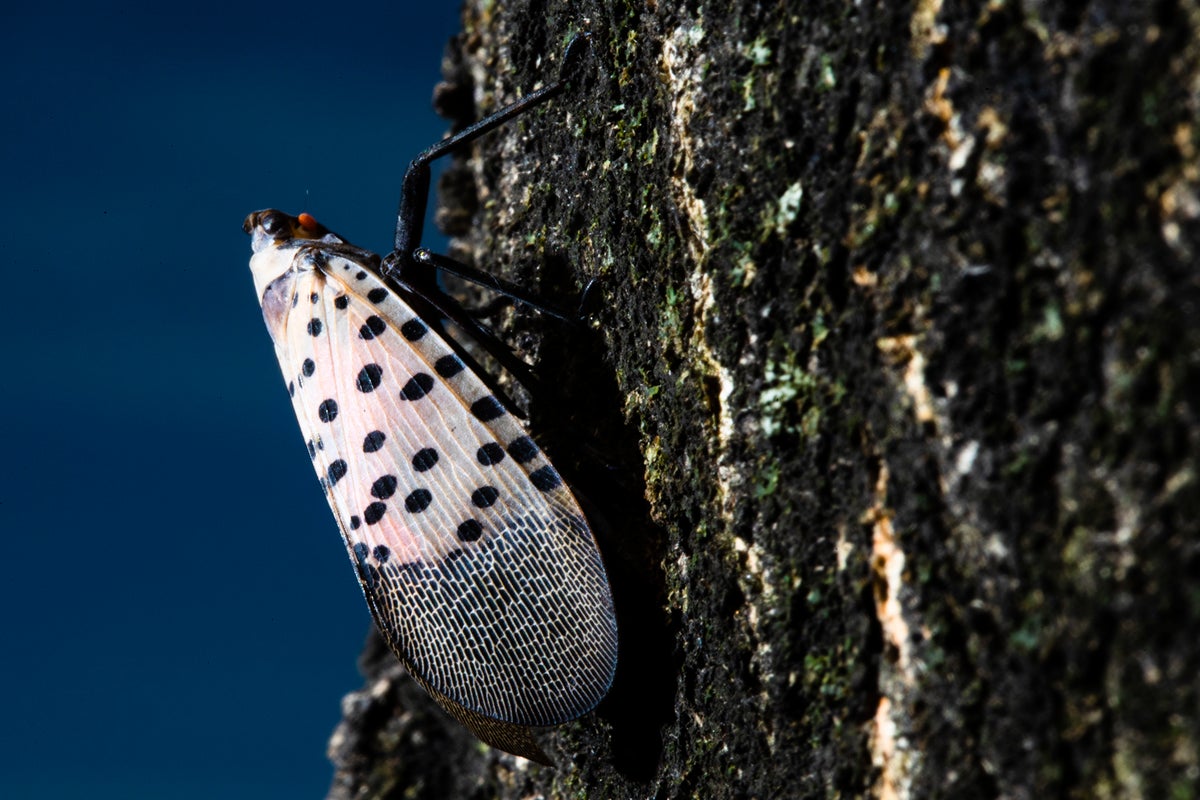 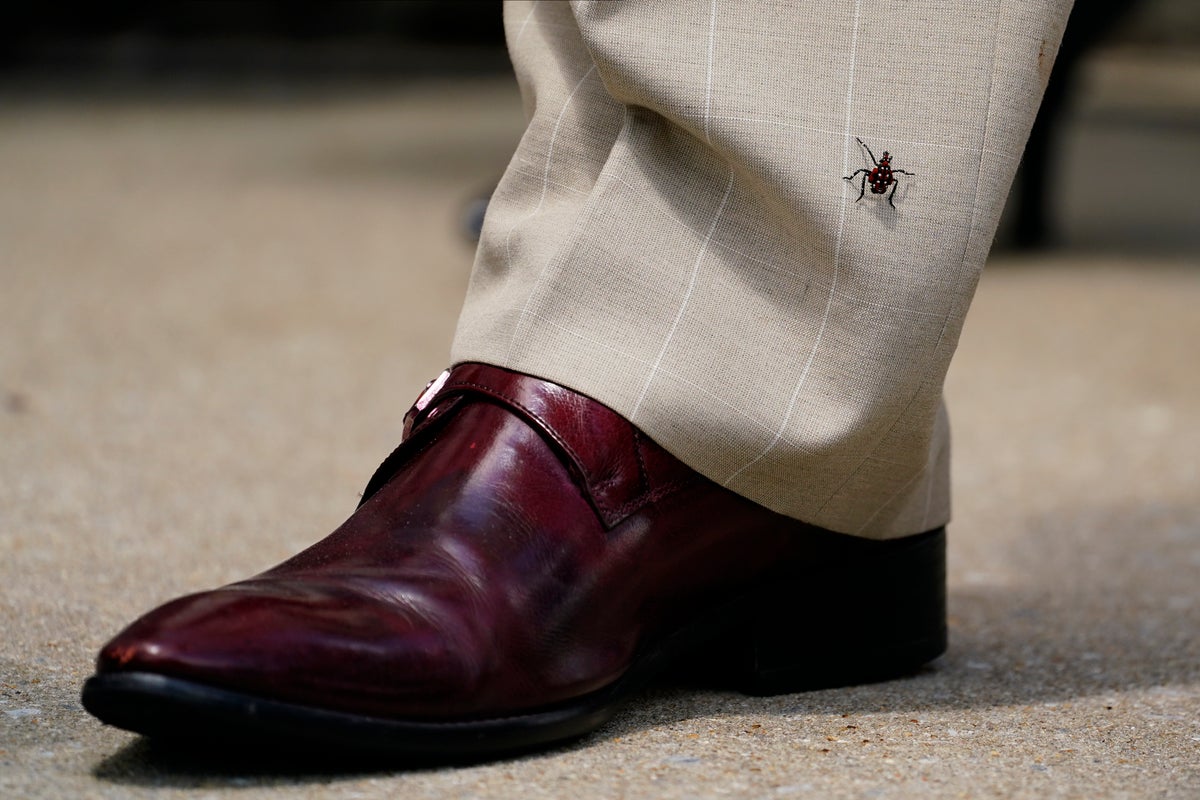 The spotted lanternfly eggs masses are laid on practically any surface including trees, stones, trash cans, side of a house, etc. during the fall. Egg masses are yellowish-brown in color, and most are covered with a gray, waxy coating prior to hatching. They may appear wet or sticky when fresh. You will see eggs from September to May. See more information and images here.

What are the signs of an infestation? 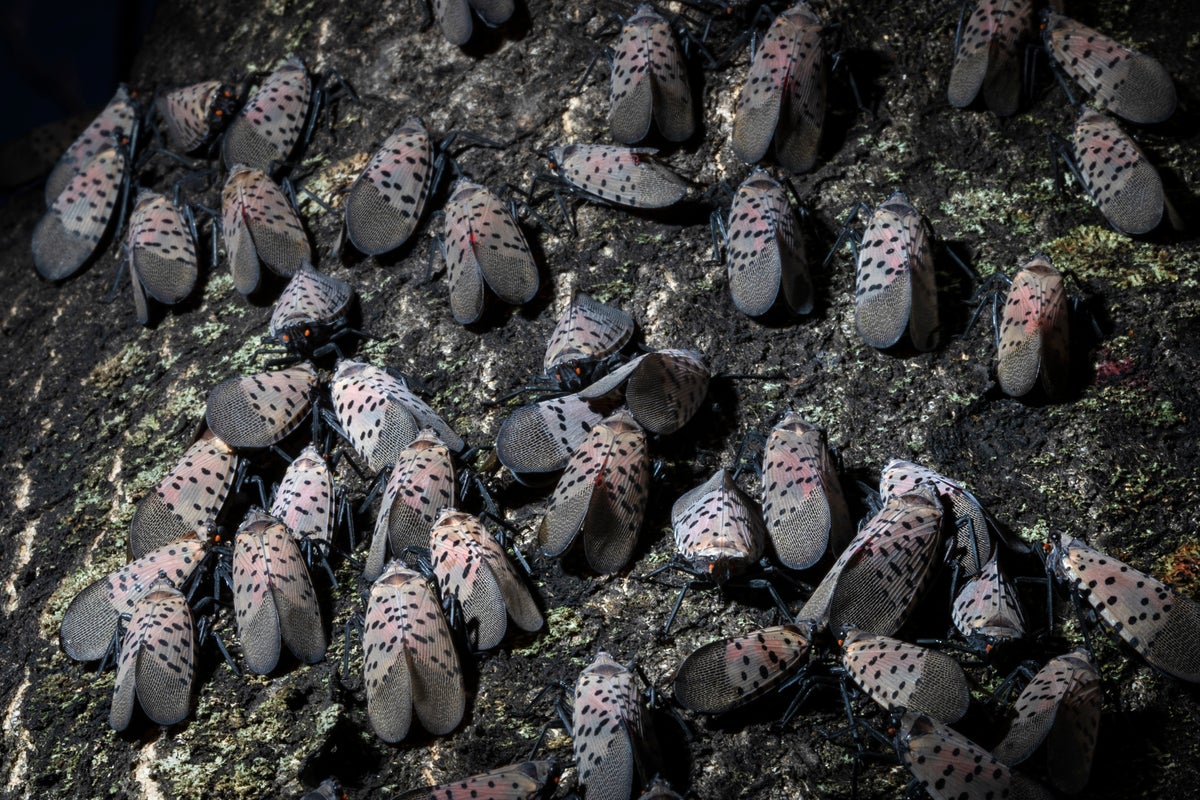 What should you do if you see a spotted lanternfly?

If you see one, state authorities say you should kill them before they lay eggs around October and November. Then report the sighting.

Who should you report sightings to?

The public is urged to report potential sightings of this invasive pest. If you suspect you have found a spotted landerfly, snap a picture of it and report it to your state using the links below
CONNECTICUT
Reporting form
Email: ReportSLF@ct.gov
NEW JERSEY
Reporting form
Click for more information.
NEW YORK
Reporting form
Email: spottedlanternfly@agriculture.ny.gov

Want to learn more about the invasive pest in each state? Click the links below: 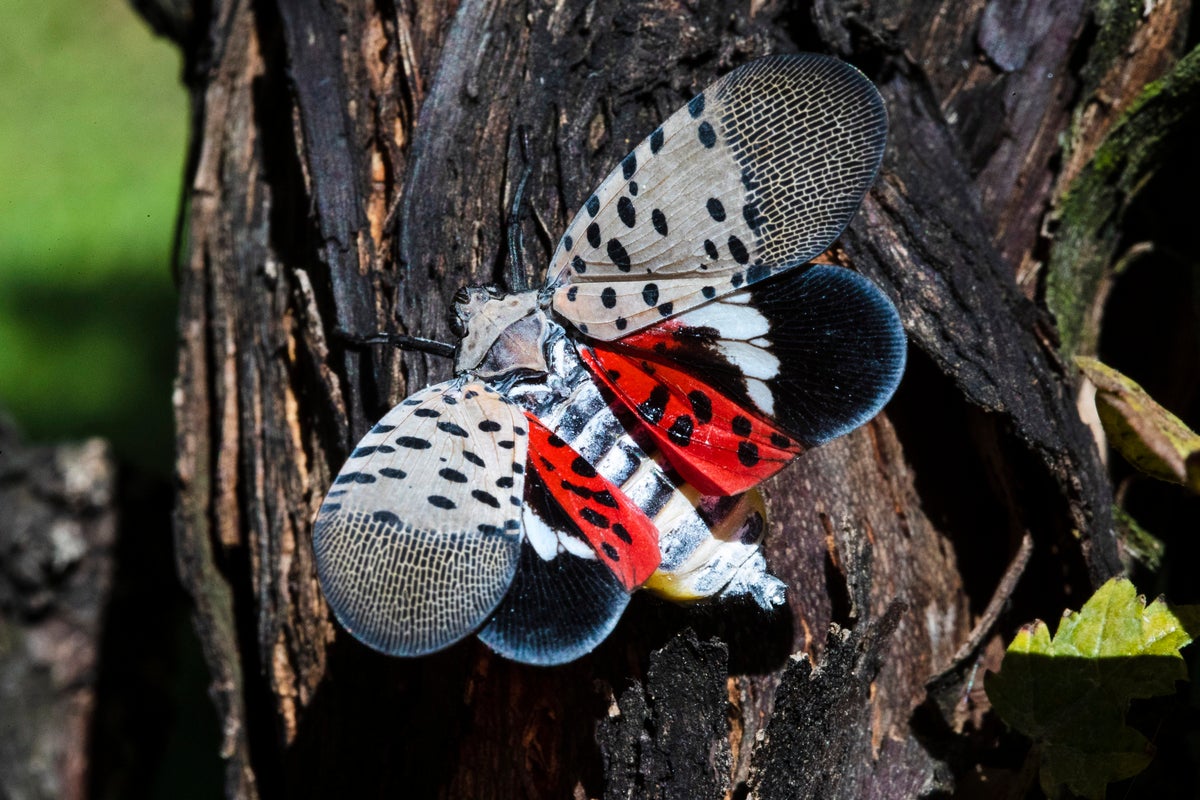 ‘Stomp it out!’ Why it's important to stop the spread of spotted lanternflies

What to do if you see spotted lanternfly egg masses

‘Just destroy it.’ Dept. of Agriculture wants NJ residents to be aware of spotted lanternfly

Eight NJ counties under quarantine for spotted lanternfly. If you see one, officials say to destroy it

BE ON LOOKOUT: Deer roaming Airmont with head stuck in Halloween pumpkin