By: News 12 Staff
The families of nine victims shot in 2012 at Sandy Hook Elementary School have reached a settlement with Remington, the maker of the Bushmaster AR15 used to kill 20 first-graders and six educators.
The $73 million settlement was announced Tuesday.
When the families filed the lawsuit, they said they had one goal in mind - spare other families the pain they have dealt with since Dec. 14, 2012.
"We want to make sure that another father and another mother don't have to stand here someday," said David Wheeler, father of Benjamin Wheeler. 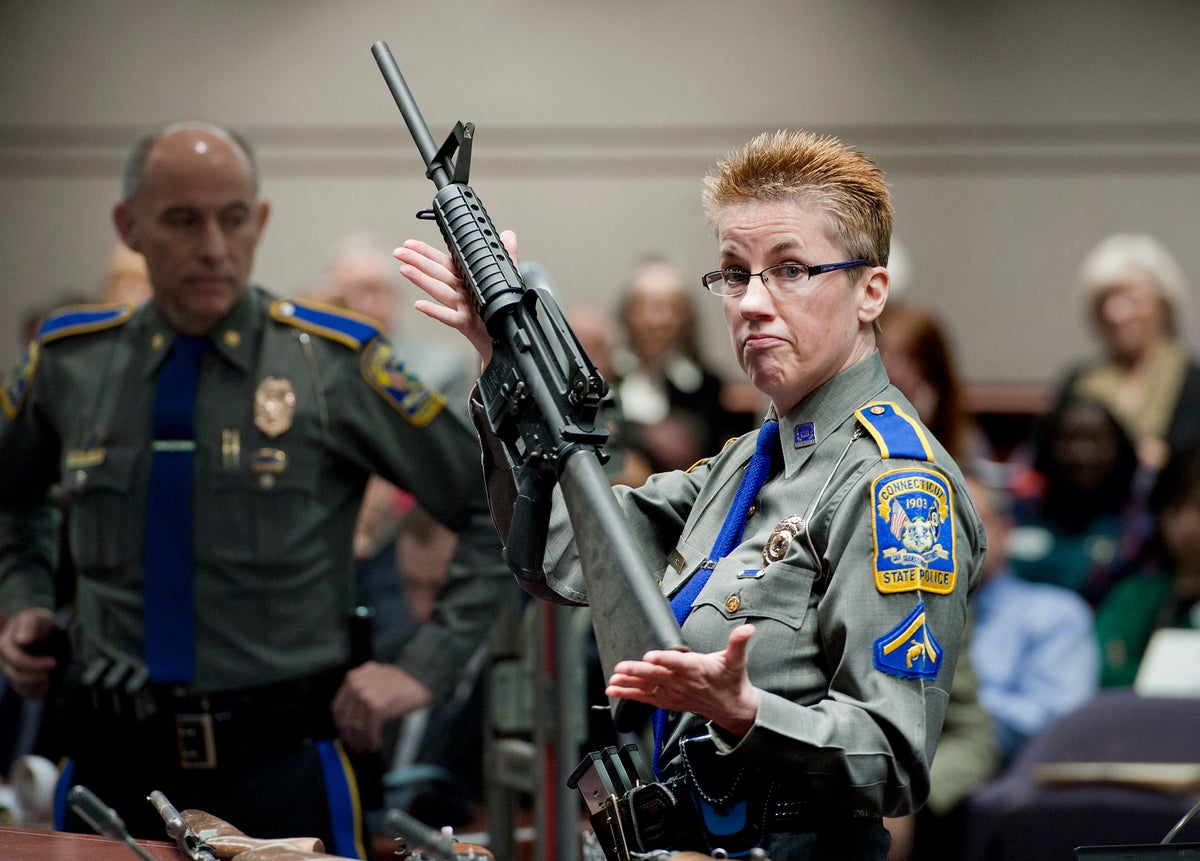 Firearms training unit Detective Barbara J. Mattson, of the Connecticut State Police, holds up a Bushmaster AR-15 rifle, the same make and model of gun used by Adam Lanza in the Sandy Hook School shooting. (AP Photo/Jessica Hill)
The agreement allows the families to release thousands of pages of company documents, including ones showing how Remington marketed the weapon.
"This case was never about damages in the sense of compensation. It was about damages in the sense of forcing change," said attorney Josh Koskoff. "The linchpin of this settlement is it allows these families the rights to share the information as to what they've learned."
Remington offered to settle for $33 million last summer. Koskoff said the families declined because the deal was only with two of the four insurance companies and many internal documents hadn't been turned over through discovery yet. "It was an easy decision. No documents, no deal," Koskoff said.
Congress passed the Protection of Lawful Commerce in Arms Act in 2005, which has protected gun manufacturers from liability for how their products are used - but there are exceptions. This suit argued Remington violated Connecticut law by how it marketed the rifle, alleging the company aggressively targeted at-risk young men by glorifying violence. One campaign included the slogan, "Consider your man card reissued."
"We wanted to know just how pervasive the advertisements from these gun manufactures went and the things we found were horrific," said Carlos Matthew Soto, Vicki Soto's brother.
"Today is a day of accountability for an industry that has thus far enjoyed operating with immunity and impunity," said Noah Pozner's mother, Veronique de la Rosa.
"This victory, this landmark - historic victory - sends a forceful and compelling message to manufacturers to the insurance and banking companies that support them," said Nicole Hockley, Dylan Hockley's mom. "My beautiful butterfly, Dylan, is gone because Remington prioritized its profit over my son's safety. Marketing weapons of war directly to young people known to have a strong fascination with firearms is reckless and, as too many families know, deadly conduct. Using marketing to convey that a person is more powerful or more masculine by using a particular type or brand of firearm is deeply irresponsible. My hope is that by facing and finally being penalized for the impact of their work, gun companies, along with the insurance and banking industries that enable them, will be forced to make their business practices safer than they have ever been."
Family members got emotional as they discussed the end to an almost eight-year legal fight, noting while this is a win, they will never have truly have justice.
"True justice would be our 15-year-old, healthy and standing next to us right now, but Benny will never be 15. He will be 6 forever because he is gone forever," said Benjamin Wheeler's mom Francine Wheeler.
Remington filed for bankruptcy in 2020, but four insurers will pay the settlement. The company previously asked the Connecticut Supreme Court to toss the lawsuit but was denied. Remington then appealed to the U.S. Supreme Court, which declined to hear the case.
"These nine families have shared a single goal from the very beginning: to do whatever they could to help prevent the next Sandy Hook. It is hard to imagine an outcome that better accomplishes that goal," said Koskoff. "This victory should serve as a wakeup call not only to the gun industry, but also the insurance and banking companies that prop it up. For the gun industry, it's time to stop recklessly marketing all guns to all people for all uses and instead ask how marketing can lower risk rather than court it. For the insurance and banking industries, it's time to recognize the financial cost of underwriting companies that elevate profit by escalating risk. Our hope is that this victory will be the first boulder in the avalanche that forces that change."
Koskoff said the case is a roadmap for those proceeding against the gun industry.
Related Stories

Mt. Vernon graduates ready for a new chapter while reflecting on tragic loss of classmate