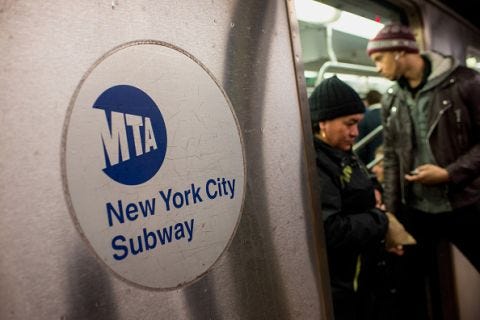 The MTA announced today its 2020-2024 Capital Plan, the largest in history, according to officials.
It's expected to modernize transit around the city in the hopes of providing better service for customers. The plan calls $51.5 billion in investments for expanded and more reliable service.
MTA Chairman Patrick Foye, President Andy Byford and Chief Development Officer Janno Lieber broke down where the funding will come from and what New York City residents can expect to see. Some of the main focuses of this plan are the state-of-the art signaling that will be installed on six lines.
The new equipment will allow the trains to run frequently and be more reliable.
Officials say that technology is already on the No. l and No. 7 lines, and they are running 90% on time.
They also say 1,900 new subway cars and 2,400 new buses will be added, and 70 stations will be made ADA-accessible.
Officials added that $15 billion will come from congestion pricing through the Central Business District Toll, $10.5 billion in federal funds and $6 billion from the city and state will also make up some of the funding.
Officials say they'll use new strategies they learned while working on the No. l train project to complete the work faster.
The MTA president says he believes it'll be completed in a “unprecedented time frame.”
Related Stories
0
6h ago

Traffic Alert: Portion of Riverside Avenue in Westport to close next week for paving