By: News 12 Staff
Long Islanders say the potholes on the Long Island Expressway are causing damage to their cars, but there is a chance that they can be reimbursed by the state.
If a driver hits a pothole that causes damage to their car between May 1 and Nov. 15, then they can file a claim.
Darnell Clark cracked the entire front of his car's bumper but says he wasn't reimbursed for his repairs because the state is only liable for damage that happens between those dates.
State Sen. Alexis Weik is trying to change that stipulation. She proposed a bill that would allow drivers to make claims during any time of the year.
Weik says if roads are hazardous at the start of the winter pothole season, the state should be responsible for damages. 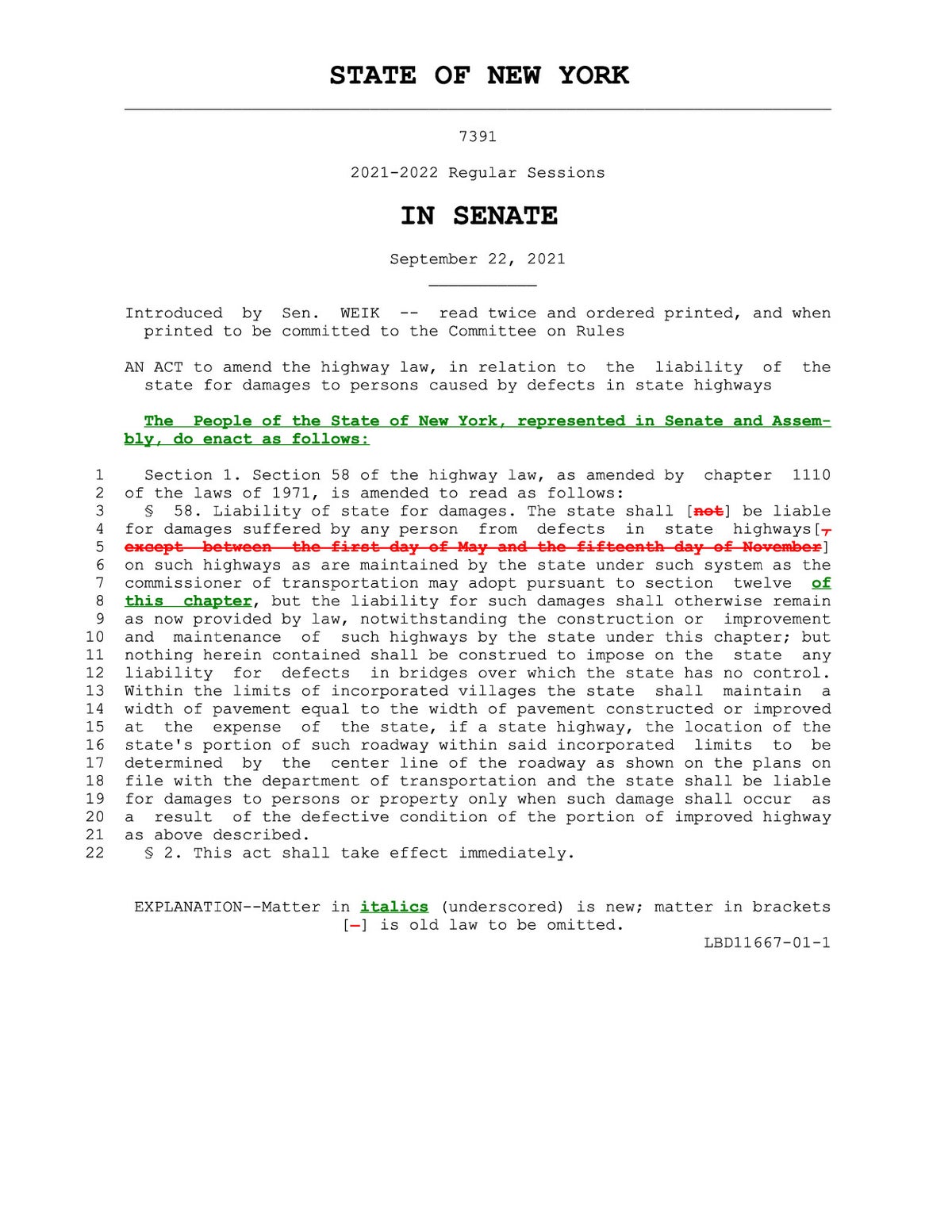 "Because of the poor and really awful state of the roads right now we are seeing claims being put in all over the place because the roads are in such disarray," Weik says.
A spokesperson for the Department of Transportation wrote, "The Department of Transportation does not comment on pending legislation."
The DOT says those who do make a claim that is approved would receive a check in six to eight weeks.
Weik, however, says that a provision in the legislation makes it so the DOT has to already know about a pothole and have had a chance to fix in or their claim could be rejected.
The state senator says the bill could be amended to also change that aspect of the law.
Related Stories

CT lawmakers push to expand abortion access in the state