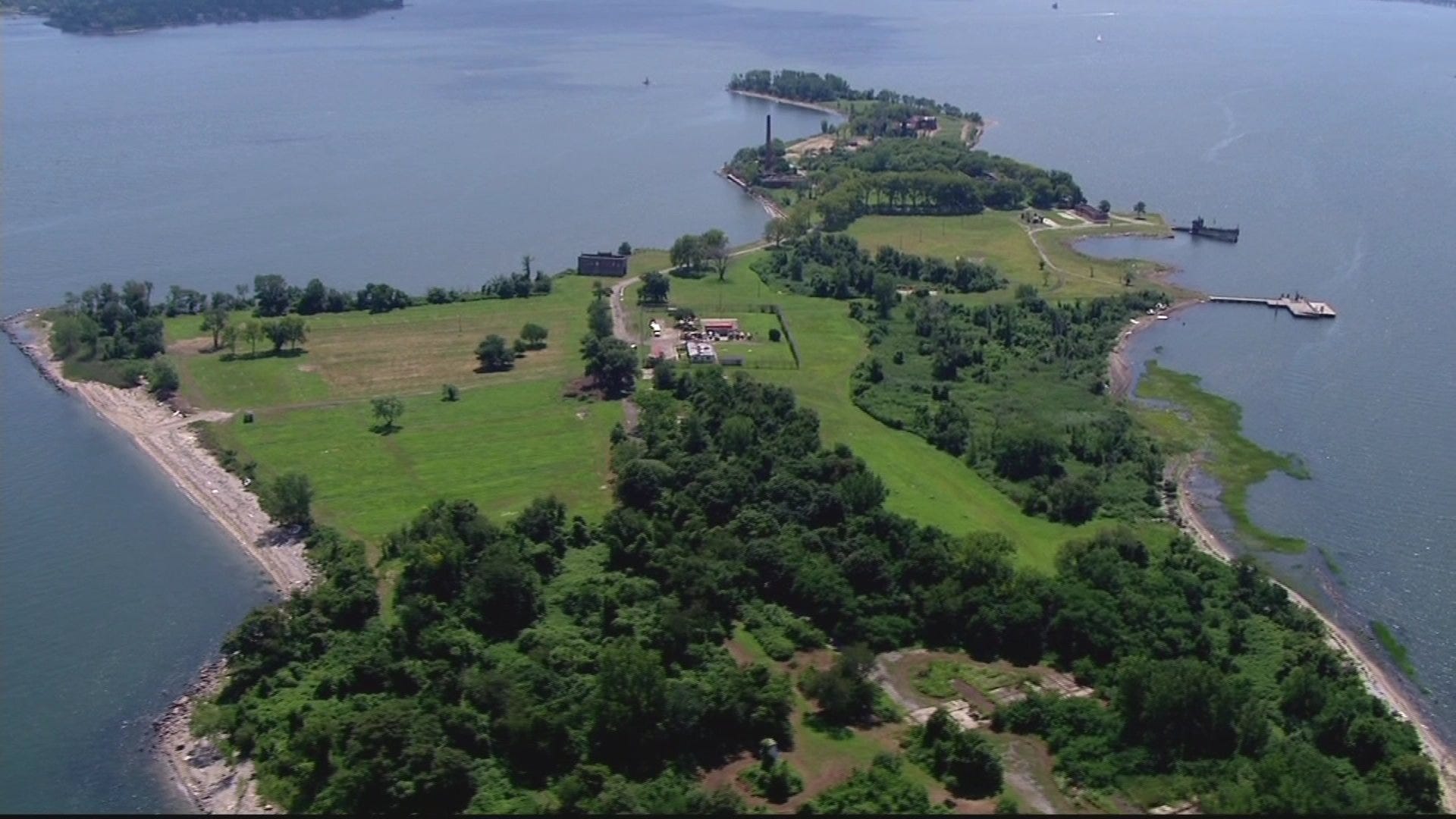 It's a remote island off the easternmost part of the Bronx surrounded by mystery and untold stories of the people buried there, and News 12 is for the first time in years giving a rare look at Hart Island and the city's public cemetery known as Potter's Field.
Tucked away at the western edge of the Long Island Sound, the island boasts lush greenery and spectacular aerial views. The only way to get to Hart Island is from City Island via ferry. The city Department of Transportation provides two trips once a month for visitors.
A statue of a small, praying child greets visitors once they step foot on the island, which is home to several 19th century ruins - including a monument dating to the Civil War.
Potter's Field is the final resting place for unidentified or unclaimed individuals and those whose families cannot afford to bury them. The Department of Corrections buries about 1,000 people a year there. There are no individual tombstones for the dead; only plot markers. The DOC says there are about 150 people buried between each plot marker.
Burials are mostly conducted by inmates. News 12 cameras were not allowed to film the 60-by-10-foot-deep trench in which coffins are lowered.
Last summer, Hart Island started providing gravesite visits for family members after the city settled a lawsuit over public access to Potter's Field. Before that, relatives of the dead were restricted to a gazebo area to reflect and remember their loved ones.
Related Stories
Jun 07, 2016