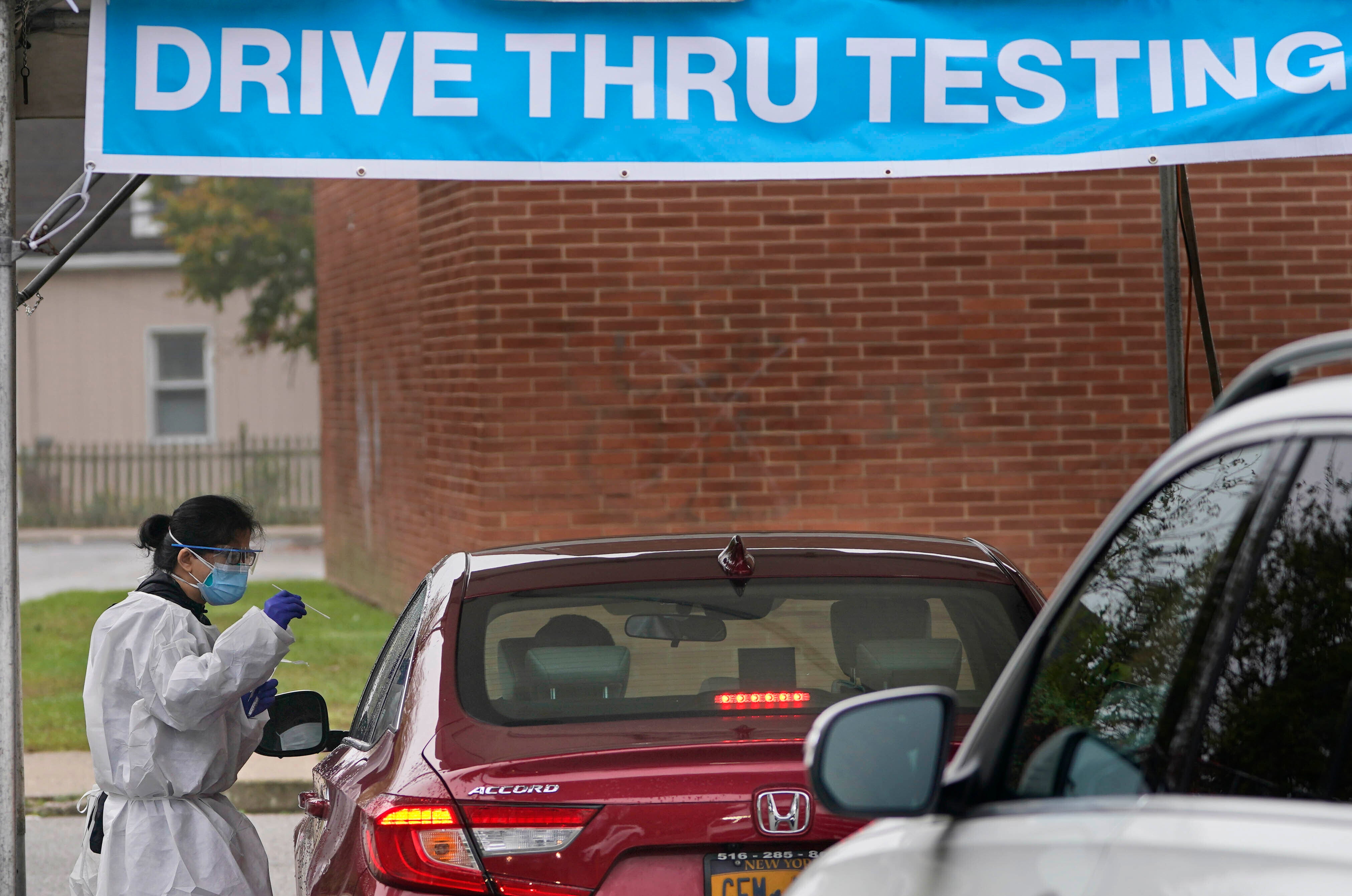 A tiny fraction of vaccinated New Yorkers have tested positive for COVID-19 as infections and hospitalizations rise, the state Department of Health told The Associated Press Tuesday.
At least 8,700 vaccinated people have tested positive for COVID-19, according to department spokesperson Abigail Barker.
That’s out of the nearly 11 million New York residents who are fully vaccinated. And it’s also a fraction of the 244,000 people who have tested positive for COVID-19 in New York since April 1.
State health officials didn’t immediately provide Tuesday the date of New York’s first breakthrough case, or an estimate of how many of those people were hospitalized or died.
“We are continuing to investigate the number of fully vaccinated people who may have been hospitalized or passed away,” Barker said.
No vaccine is perfect, meaning fully vaccinated people occasionally will get infected. And so-called “breakthrough cases” usually are mild, according to health experts.
Still, health officials are urging the public to get vaccinated at a time when the highly contagious delta variant is spreading and hospitalizations and infections are on the rise.
More than 1,000 people a day are now testing positive in New York, based on the latest seven-day average, according to AP’s analysis of state data.
That’s up from a pandemic low of 306 per day on June 25.
New York has seen a spike of new infections in July — a stark contrast to the steady drop from April through June.
Counties statewide are seeing surges, with most new infections in densely populated New York and its surrounding suburbs on Long Island and in suburbs north of the city.
And hospitalizations are showing signs of an uptick, after plateauing at around 350 residents for much of July.
Hospitals reported 424 COVID-19 patients as of Monday, up 22% from 349 as of July 12. New York City alone is up to 228 patients, up 38% from 165 a week earlier. Counties including Nassau and Erie are also seeing upticks in hospitalizations.
Still, hospitalization and infection rates are far below this winter: In January alone, over 9,000 patients were hospitalized at once at one point while nearly 14,000 people were testing positive each day.
About 56% of New York’s 20 million residents are fully vaccinated.
That’s a small increase from 54.5% as of July 4, despite efforts by the Gov. Andrew Cuomo’s administrations to increase rates in the least vaccinated parts of the state.
Vaccination rates are lowest in rural counties in western and central New York, as well as parts of New York City including the Bronx and Brooklyn.
The state plans to close down vaccination sites in Broome County in central New York, Queensbury in northern New York, Suffolk County on Long Island and Orange County north of New York City starting July 26, according to a press release from Cuomo’s office Tuesday.
“Downscaling state sites is necessary to redirect these resources, but it does not mean that you should not get your vaccine if you haven’t already,” Cuomo said.
Related Stories

Pfizer tests its COVID-19 vaccine against omicron variant; new vaccine in the works

See all
1h ago

LIVE UPDATES: COVID-19 developments from the U.S. and around the world