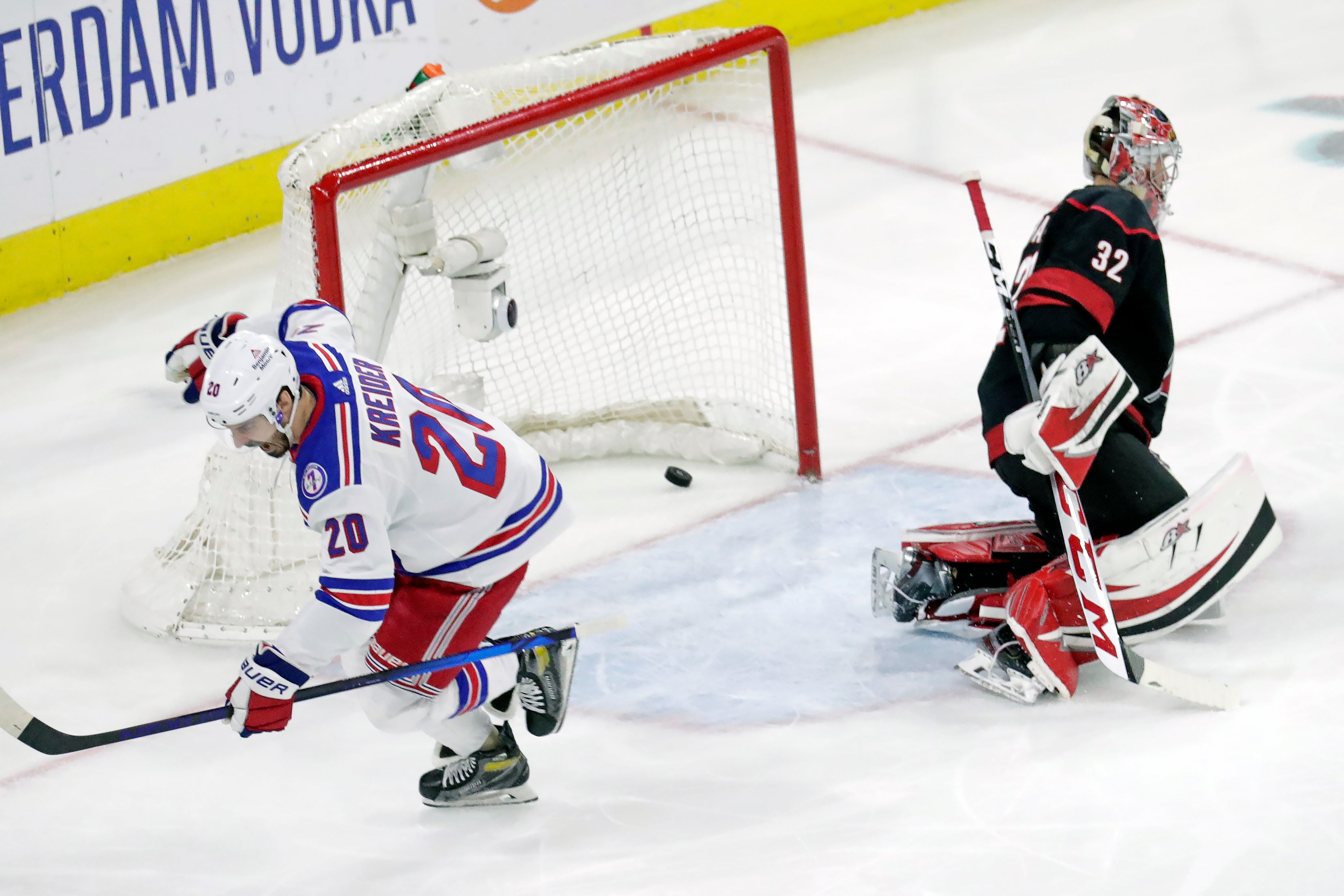 Chris Kreider scored twice, Igor Shesterkin was strong in net again and the New York Rangers ended Carolina's perfect postseason run at home, beating the Hurricanes 6-2 in the decisive Game 7 of their second-round playoff series Monday night.
Shesterkin — a finalist for the for both the Vezina Trophy for the league’s top goalie and Hart Trophy for most valuable player — finished with 36 saves and carried the shutout well into the third period. That included one stop from flat on his back on Sebastian Aho near the right post. Shesterkin snagged the puck between his legs flailing, as if trying to make a snow angel late in the first period.
Kreider and Adam Fox had first-period power-play goals as the Rangers raced to a quick lead. The Rangers then rode Shesterkin's latest offense-stymieing performance to win a fifth straight elimination game in these playoffs. Ryan Strome and Filip Chytil also scored in what became an unexpected rout, with Andrew Copp adding a late empty-netter. 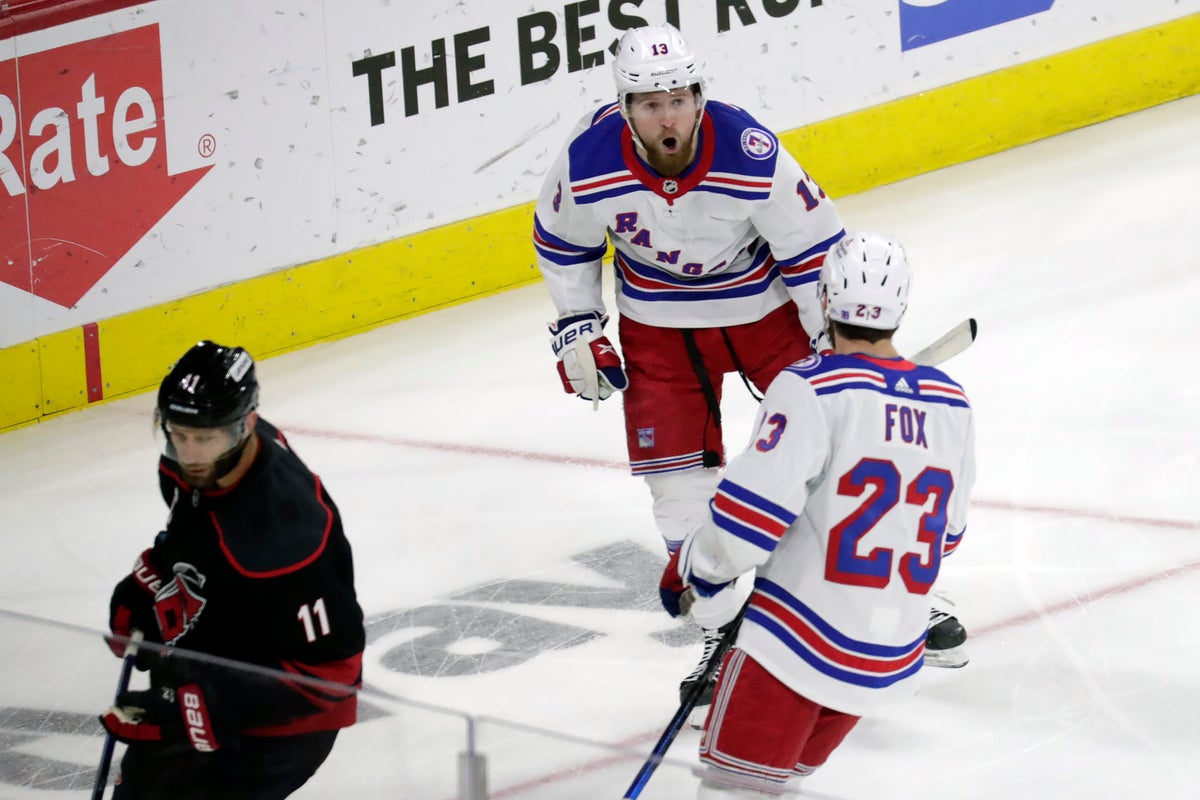 AP photo
The Rangers advance to the Eastern Conference finals for the first time since 2015, earning a matchup with two-time defending Stanley Cup champion Tampa Bay. New York will host Game 1 of that series Wednesday night.
The Hurricanes were slowed by losing goaltender Antti Raanta and top-line rookie forward Seth Jarvis to injury. Jarvis took a jarring high hit in the first period and Raanta went down went down with a lower-body injury while stretching out his right leg for a stop in the second. Neither returned to the game.
Raanta had 16 saves before his injury, while rookie Pyotr Kochetkov allowed three goals on 12 shots in relief.
More impressively, the Rangers' win came in an arena where the Hurricanes had gone 7-0 in the playoffs, including the first three meetings in this series.
New York coach Gerard Gallant said Sunday he had a group of players who "have a lot of fun and they believe in themselves.” They looked as if they were doing plenty of both Monday in capping a second straight comeback win from a multi-game deficit.
First, they rallied from a 3-1 series deficit to beat Pittsburgh in a seven-game first-round series. Then, after falling in an 0-2 hole in this series, New York responded with more resilience to reach the Eastern finals.
Tony DeAngelo finally beat Shesterkin midway through the third period. And in a sign of what kind of night it was, the Rangers followed with Chytil's goal just 40 seconds later to push the margin to 5-1.
Max Domi also scored a late goal for the Hurricanes.
It was a rough night all around for Carolina, beyond the Rangers pouncing on those early man-advantage opportunities for the quick 2-0 lead, which matched the Rangers' goal output for the first three games in Raleigh.

When Fox scored and assisted on Kreider's first goal, that pushed him to 10 points in elimination games during this postseason.
According to ESPN Stats & Info, that marks the most by a defenseman in a single postseason, surpassing Ray Bourque in 1980, Ian Turnbull in 1976 and Denis Potvin in 1975.
Related Stories
4h ago

Gallant: Rangers to focus on their game, not Sydney Crosby and co.

Quest for the Cup: Fans excited as Rangers kick off playoffs against Penguins

See all
2h ago

Serena Williams says she is 'evolving away from tennis'

AP source: Durant reiterates desire to be traded by Brooklyn