By: News 12 Staff
The Suffolk County DA announced the arrest of a 16-year-old Bellport High School student for creating an online post threatening a mass shooting at the school on Wednesday evening.
On Wednesday, May 25, the student, whose identity is being withheld because he is a minor, allegedly created a post on his "Bellport Scholars" Instagram page that there could be a mass shooting at the school.
"This is not a joke, this is taken seriously and you will be prosecuted," Suffolk DA Ray Tierney said in response to the threat.
Tierney says that the incident appears to be a "terrible prank gone wrong" and that the accused teen had no capacity or intention to act on the threat.
Suffolk Police Commissioner Rodney Harrison says they were able to make an arrest in a timely manner because people saw something and said something.
"That is going to be very important going into the future to make us safe," Harrison says.
News 12 is told that eight threats to Suffolk schools have been investigated since the Buffalo shooting.
The threat made against Bellport High School is the only one that rose to the level of criminality, according to police.
The teenage suspect is facing several charges including making a terrorist threat and aggravated harassment.
On Thursday, police were at the high school and middle school, and all students had to have their bags checked before entering any buildings.
The school also sent a letter to parents in the district and offered support services, but some were still afraid to attend school.
"Every time these threats happen, the hallways are so much more empty," says Nicholas Trani, a Bellport student. "A lot of parents keep their kids home for precaution."
Police and the district attorney also announced they will be hosting a school safety summit this month for superintendents, principals and any parents who want to attend.
The teen was put on supervised release probation with GPS and a 9 p.m. curfew.
The judge also ordered the teen to only stay at home or attend office visits. He is also not allowed to use social media and will have to submit to alcohol and drug testing. 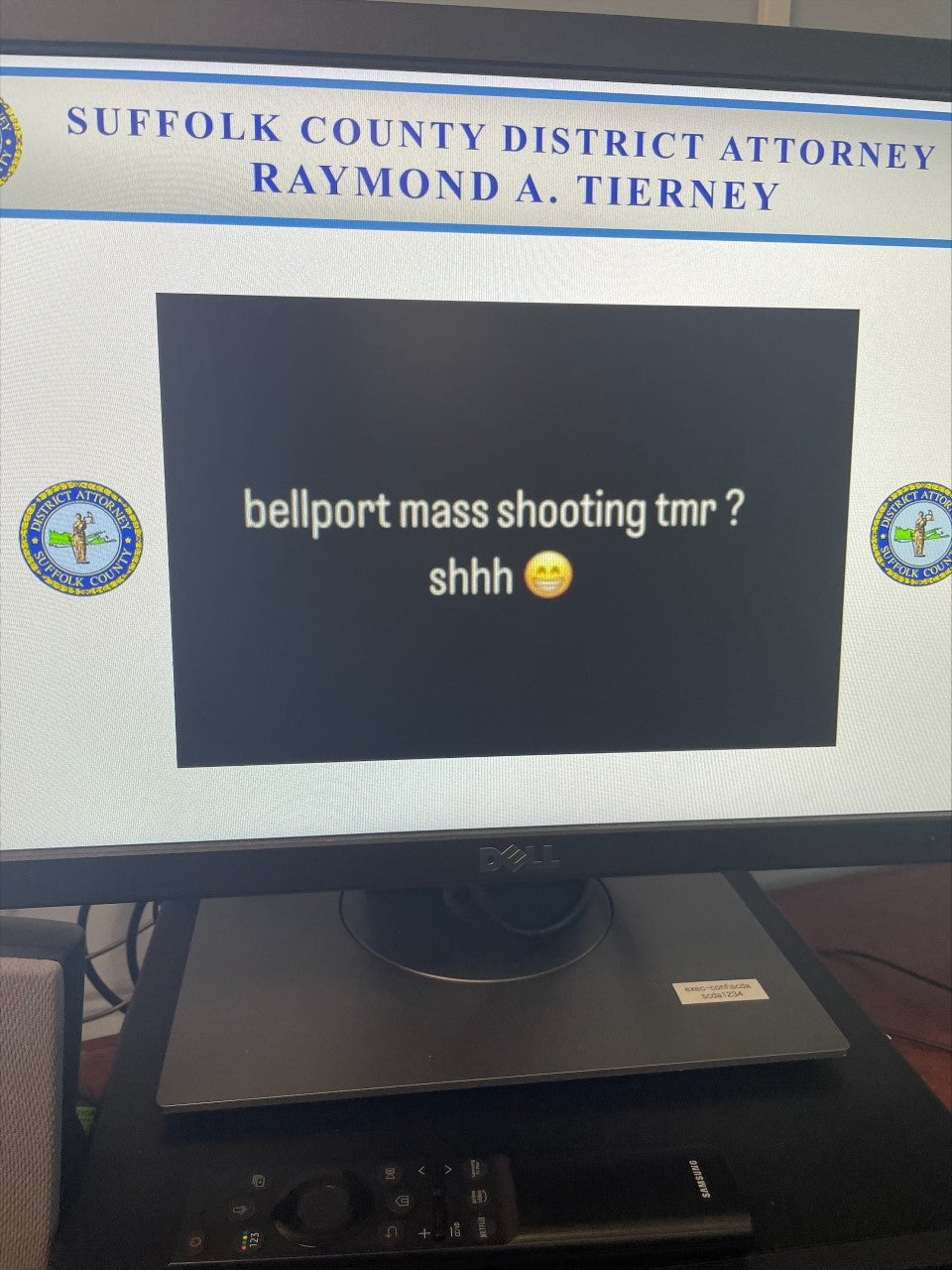 NYPD: Man wanted for stabbing, robbing 2 victims in the Bronx