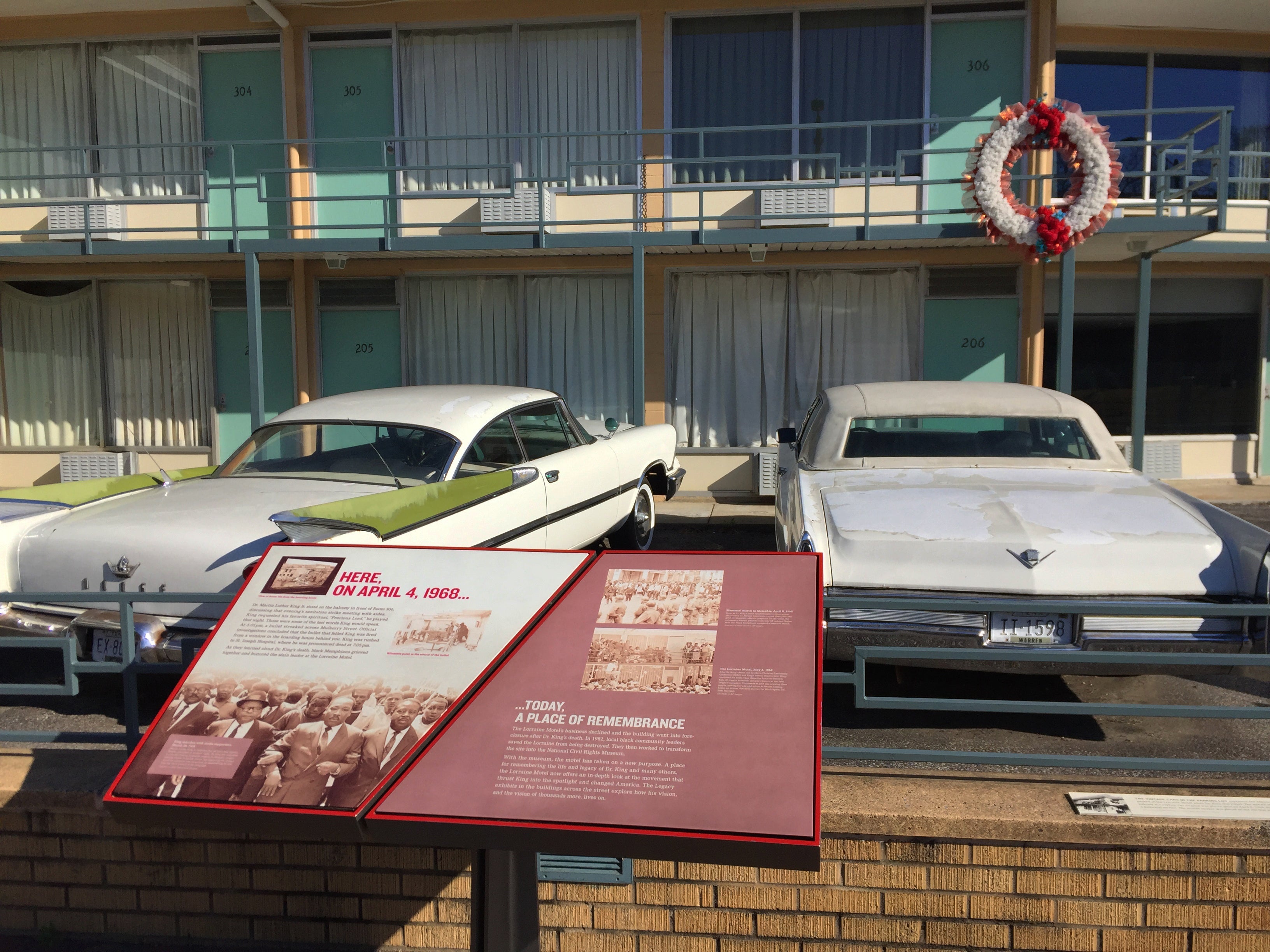 The places below will help you remember and celebrate African American history and contributions.

Beale Street runs from the Mississippi River to East Street and is one of the birthplaces of the blues. Landmarks include the Beale Street Tap Room, Mr. Handy’s Blues Hall and King’s Palace Cafe. Explore its history here.

Located in the city's Civil Rights District along with the 16th Street Baptist Church, Kelly Ingram Park and the Carver Theater, this is an interpretive museum which depicts the challenges of the American civil rights movement. Visit the museum virtually here.

Centered on the north slope of Beacon Hill, the African American community of 19th century Boston led the city and the nation in the fight against slavery and injustice. Learn more about the site here.

The museum explores and celebrates the African American history and culture. During Black History Month, they will have various online events.

These apartments, located in Harlem, were constructed by John D. Rockefeller in 1926 to provide housing for African Americans. Here find other travel places of the civil rights movement.

The museum is dedicated to promote understanding and inspire appreciation of the achievements, contributions, and experiences of African Americans. Check out some of their virtual exhibits and events here.

The site honors the life and legacy of Frederick Douglass. Learn more here.

The home of renowned Underground Railroad leader and the charity she founded for aged and indigent African Americans are both open to the public and illustrate Tubman’s life in Auburn between 1859 and 1913. Here's more about the site.

The iconic landmark is a comprehensive civil rights museum. It commemorates the Feb. 1, 1960 sit-ins at a whites-only lunch counter in Greensboro, by the N.C. A&T Four students. Learn more about the museum here.

Lincoln Park is the largest Capitol Hill Park and features monuments to President Abraham Lincoln and Educator and Civil Rights Activist Mary McLeod Bethune (the first monument to honor a Black woman in a public park). Learn more about the park here.

In 1957, Little Rock Central High School was the epicenter of confrontation and a catalyst for change as the fundamental test for the United States to enforce African American civil rights following Brown v. Board of Education.

Civil rights leader Malcolm X was born in a house on this site. Check it out here.

Completed in August 2011, this solid granite sculpture celebrating King's dedication to civil rights and racial equality. Here you can find some virtual visits to the park.

This historic site includes Martin Luther King Jr.'s boyhood home, gravesite and the original Ebenezer Baptist Church where King was baptized and both his father and he were pastors.

The museum complex is built around the former Lorraine Motel, where Martin Luther King Jr. was assassinated in April 1968. Also part of the museum is the building from which his assassin, James Earl Ray, fired the shot. The museum's website offers some virtual programs here.

The museum’s mission is to inspire everyone to take part in the modern struggles for freedom by connecting the lessons of the Underground Railroad with today’s freedom fighters.

The two museums share a building. The Negro League Baseball Museum was founded by a group of former Negro league players and honors both the players and the role of the league in the community. The American Jazz Museum features interactive exhibits and films in celebration of jazz and its history.

This site is named after an African-American slave who purchased his freedom. A predominantly Black community was established during the Reconstruction period after the Civil War. Learn more about the park here.

This heritage trail follows the routes through western New York of thousands of enslaved people who made the journey to freedom. Here are some resources to learn about the site.

15 films and series to watch on Black Love Day