By: News 12 Staff
A federal arrest warrant has been issued for Brian Laundrie for his "activities following the death" of Gabby Petito.
It comes as the search for Laundrie wrapped up for the day Thursday at the Carlton Reserve in Florida with 16 police departments joining the effort.
The wildlife reserve is about 25 minutes away from the North Port home of Laundrie's parents.
Asked for comment about the warrant, an attorney for the Laundrie family said, "It is my understanding that the arrest warrant for Brian Laundrie is related to activities  occurring after the death of Gabby Petito and not related to her actual demise.  The FBI is focusing on locating Brian and when that occurs the specifics of the charges covered under the indictment will be addressed in the proper forum."
MORE: Interview: News 12's Jesse Weber breaks down facts surrounding Brian Laundrie arrest warrant
LIVE BLOG: Updates from the Gabby Petito case
Laundrie has not been seen since his parents say he left the home last Tuesday.
Laundrie’s mother and father are still living inside the house and today were on the move.
Video taken by News 12 shows the couple leaving the home early this morning in a red pickup truck with a police escort.
Shortly after, they came back with a silver Mustang convertible. It is the vehicle his parents say Laundrie drove to the Carlton Reserve nine days ago — when they say he went for a hike. Laundrie hasn’t been seen since. 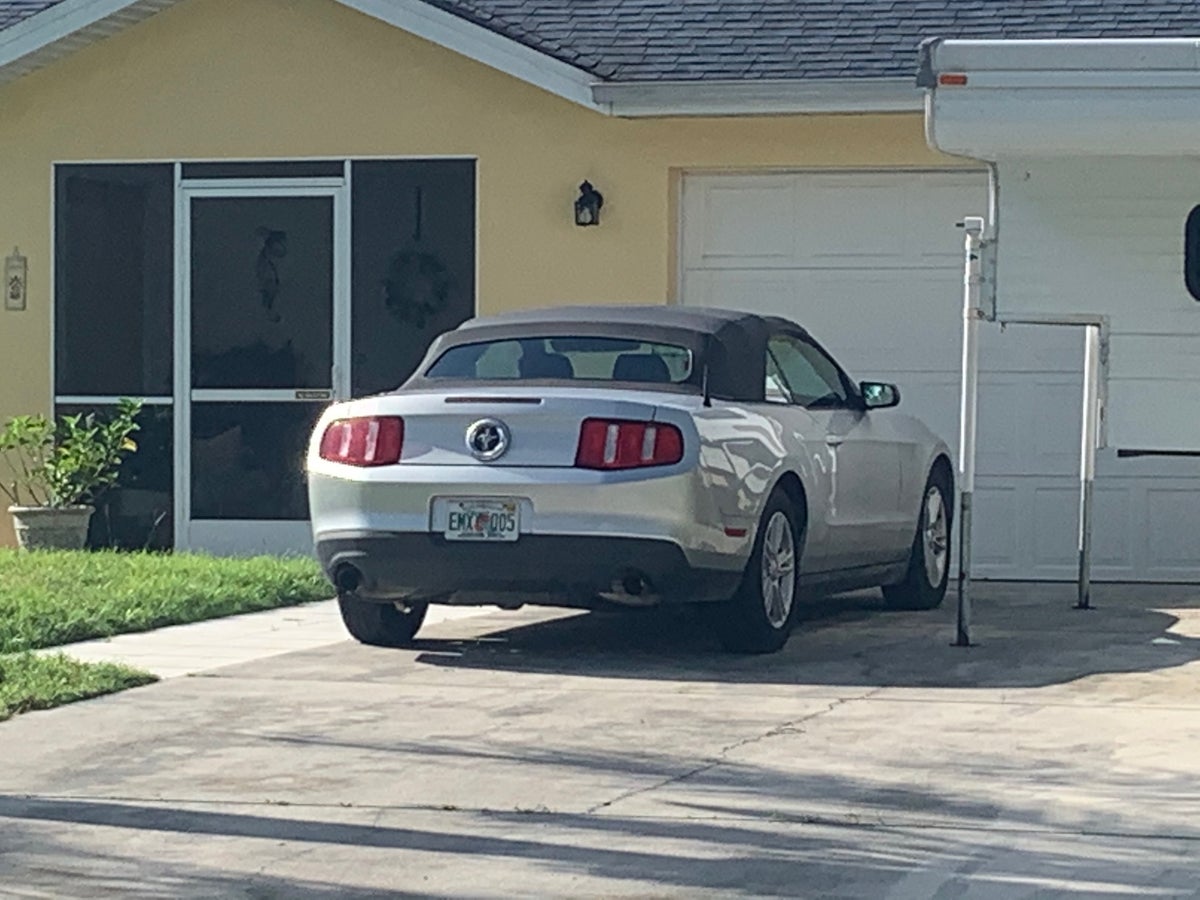 The search of the 25,000-acre nature sanctuary has proven to be tough with about 75% of the area under water. This was day five of the search.
"We're covering many acres so we need all this manpower and all the staff that we can grab," says North Port Police Commander Joe Fussell. "We've teamed up, broken them into different groups to do a line search and a grid search throughout a specific area in the Carlton Reserve."
Officials have been using ATVs, K-9 units, drones and dive teams in an effort to find Laundrie.
As News 12 has reported, Petito and Laundrie were on a cross-country road trip. On that trip, there were signs the two were in a toxic and possibly an abusive relationship.
Laundrie came home to Florida by himself Sept. 1, and Petito’s remains were found in Wyoming on Sunday.
Retired NYPD detective Ralph Cilento, who now teaches at John Jay College of Criminal Justice, says authorities are following the most recent lead they have. However, he says they could be looking in the wrong place.
"His parents say he went for a hike in that swampy area," says Cilento. "His parents could be complicit in his escape, so they aren't necessarily to be trusted. They have to play the hot hand. They have nothing else to go on. They can't do nothing. So, they're going to continue to look for him."
Laundrie is still being considered a person of interest in this case.
Anyone with information is asked to call 1-800-CALL-FBI.
North Port police say they have not yet determined a plan for Friday.
BREAKING: Investigators say body consistent with the description of Gabby Petito has been found
The Gabby Petito case: What we know so far
Who is Brian Laundrie? A look at Gabby Petitio's fiancé and person of interest in her case
LIVE Blog: Notes and updates on the case of missing Blue Point native Gabby Petito
Related Stories

Omicron variant now in the US. Here’s how airports are stepping up safety precautions

'You deserve this home and you now have it.' Ledecky, Hochul cut ribbon at UBS Arena