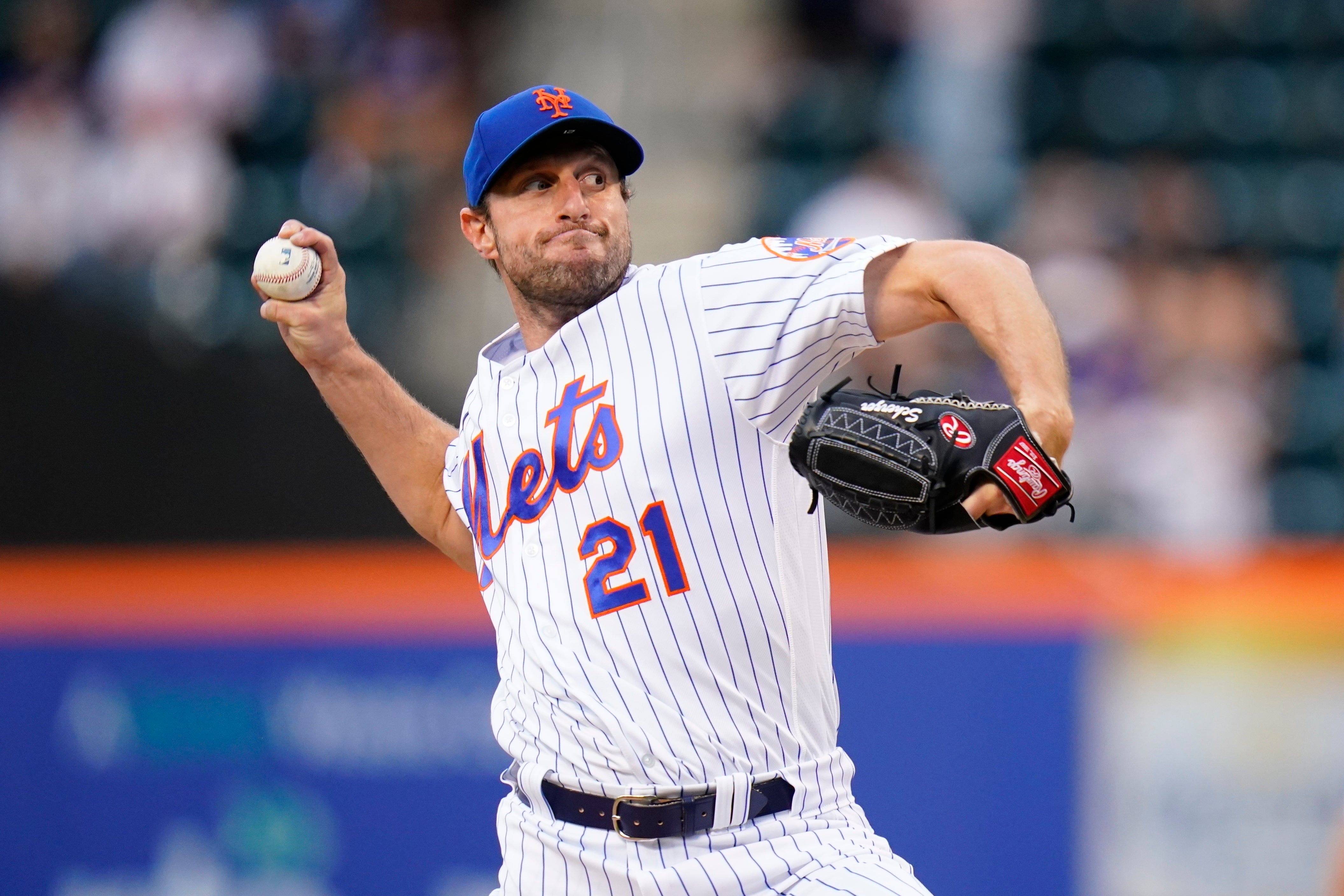 NEW YORK - Mets pitcher Max Scherzer is expected to be sidelined for six to eight weeks with a strained oblique muscle in his left side, the latest blow to a New York pitching staff already missing ace Jacob deGrom.
Scherzer, a three-time Cy Young Award winner, had an MRI on Thursday, a day after he pulled himself from a start against the St. Louis Cardinals with a 1-1 count on Albert Pujols in the sixth inning after feeling “a zing” in his left side.
New York said the scan detected a moderate-to-high grade strain.
The 37-year-old right-hander is 5-1 with a 2.54 ERA in eight starts after signing a $130 million, three-year contract with the Mets. An eight-time All-Star, Scherzer has struck out 59 and walked 11 in 49 2/3 innings.
The Mets began the day with a six-game lead in the NL East.
“He’s been pitching with a blister issue, the thing with the baseball — the seams are different,” Mets manager Buck Showalter said before the game. “That’s one of the reasons why he really struggled with his breaking ball, to command it, because he was trying to keep from ripping that open again.”
Scherzer is 195-98 with 3.15 ERA in 15 major league seasons. He won the 2013 AL Cy Young Award with Detroit and the 2016 and 21017 NL Cy Youngs with Washington.
DeGrom has been out since spring training because of a right scapula stress reaction, and he is not likely to pitch for the Mets until late June or July at the earliest. Tylor Megill went on the 15-day injured list Sunday with right biceps inflammation.
David Peterson probably will be called up from Triple-A Syracuse to join a rotation that includes Chris Bassitt (4-2 2.34), Carlos Carrasco (3-1, 3.73) and Taijuan Walker (1-0, 3.52).
Peterson, a 26-year-old left-hander, is 1-0 with 1.89 ERA in three starts and one relief appearance for the Mets this season and 2-1 with a 4.02 ERA in three starts at Triple-A.
In addition, catcher James McCann is sidelined until late June or early July while recovering from a broken hamate in his left wrist. Relievers Sean Reid-Foley (Tommy John surgery) and Trevor May (right triceps inflammation) also are hurt.
Related Stories

See all
1d ago