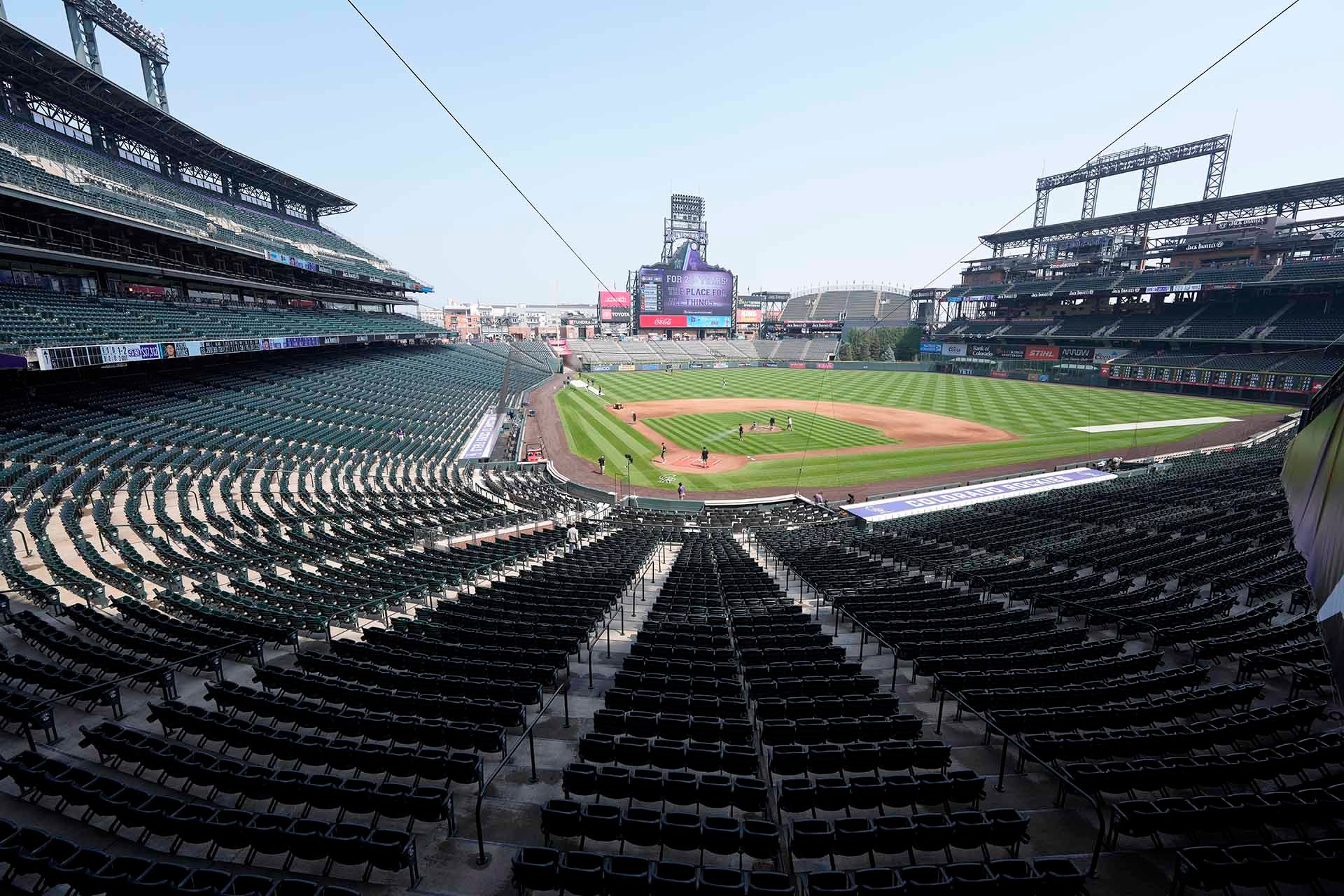 DENVER - Kris Bryant's return from a back injury will have to wait. It's hard to play baseball during a snowstorm in Colorado.
The opener of the Rockies' three-game series against the New York Mets was postponed Friday, 6 1/2 hours before the scheduled first pitch, with a winter storm warning in effect for the Denver area. The forecast calls for 3 to 5 inches of snow at Coors Field.
The teams are scheduled to make it up in a split doubleheader on Saturday at 1:10 p.m. and 6:40 p.m. MDT. But more snow was in the forecast for Saturday morning before it was expected to clear, with a low of 34 degrees in the evening.
The rare late-May mountain storm started as rain Friday morning, but was expected to switch to snow in the afternoon with the temperature plunging to freezing.
Bryant, who last played for the Rockies on April 25, was set to rejoin the team after going 2 for 7 in a two-game rehab stint for Triple-A Albuquerque this week.
The series, which is the Mets' only scheduled trip to Denver, is to end Sunday. The teams have a mutual off day June 13, the day after the Mets conclude a West Coast trip against the Los Angeles Angels.
Bryant, who signed a seven-year, $182 million deal with the Rockies in March, was diagnosed with a lower back strain in Philadelphia last month amid a 1 for 16 stretch.
The four-time All-Star and 2016 NL MVP is still seeking his first home run with Colorado. The left fielder is batting .281 with four doubles and four RBIs in 15 games.
The start of the NL East-leading Mets' six-game trip was put on hold a day after they learned that right-hander Max Scherzer will be sidelined 6 to 8 weeks with a strained oblique muscle in his left side. Fellow ace Jacob deGrom is already out for at least another month with a right scapula stress reaction.
Related Stories

See all
1d ago