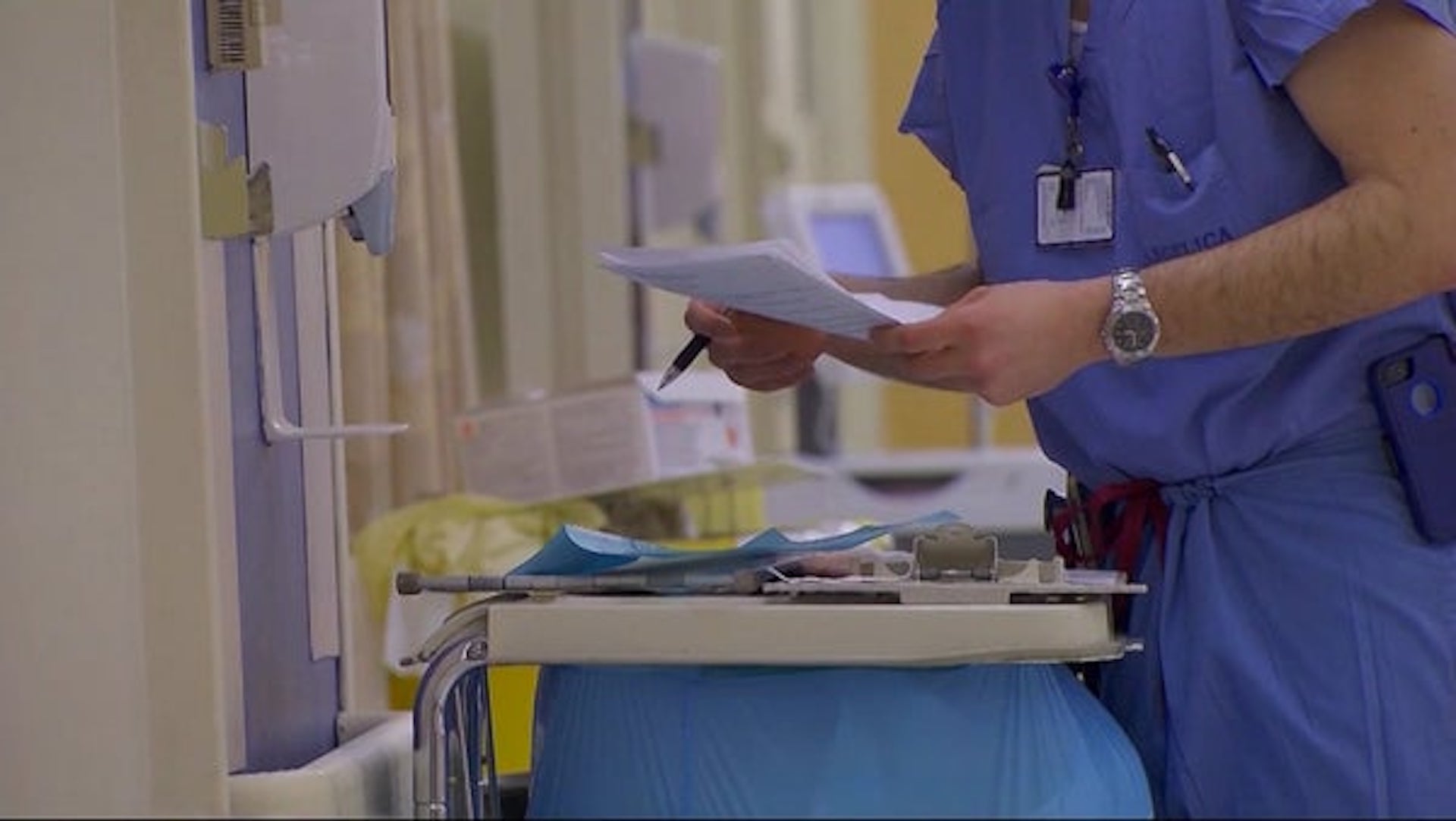 A state decision to honor front-line workers with fallen military war heroes this Memorial Day weekend is coming under scrutiny.
Gov. Andrew Cuomo is including front-line pandemic workers to honor their sacrifices this Memorial Day, along with those of military service members.
Gold Star wife Michelle Garcia lost her husband, Justin, in 2006 in Iraq. She was six months pregnant with their son at the time.
The Washingtonville woman says she is outraged by the decision to fly flags at half-staff and illuminate state landmarks on Sunday for front-line pandemic workers. She sent a letter to the governor urging him to reconsider.
"We have Memorial Day to honor our fallen and we have Veteran's Day to honor our veterans. Our essential workers do deserve that, but our fallen heroes deserve this weekend and Memorial Day to be about them," she says.
Union representatives praise the change.
32BJ Union President Kyle Bragg says, "Some workers made the ultimate sacrifice, including over 150 of our union's members. We thank Governor Andrew Cuomo for honoring their lives and sacrifices by including them in New York State's Memorial Day tribute."
News 12 reached out to Cuomo's office for comment but has not heard back.
His directive calls for flags to be flown at half-staff for deceased military service members on Monday.
Rockland County Executive Ed Day, who is a former first responder, says Rockland will not participate in Sunday's directive, calling the move a "sickening effort to co-opt the true meaning of Memorial Day."
Related Stories

East Hampton Town Board to vote on temporary closure of airport