By: Stephen Levine, Digital Producer
Aegean Pizzeria in Holbrook is closing after nearly 50 years in business.
The restaurant announced the news Monday in a Facebook post.
The post said in part, "We live in extraordinary times, which have it impossible for us to keep Aegean's doors open and keep providing the same high quality of serving that you became familiar with over the last five decades."
The family business opened in 1974 and is located in the mostly vacant Sun Vet Mall Shopping Center on Sunrise Highway in Holbrook.
Owner Harry Rossis started working at the restaurant when he was 21. He says it has been a long, wonderful journey full of laughter and delicious food.
The Sun Vet Mall was recently purchased by a developer and told Rossis he had to close up shop.
"I envisioned myself retiring here - it's not going to happen," Rossis says. "Customers have been very loyal - I thank them - my staff, I thank them."
For some in the area, it's a childhood memory that they will miss along with other things that used to be there.
"I remember being a young kid - 3 or 4 years old - 1976 and my mother shopping at Pathmark - begging my mom, 'Let's have pizza, let's have pizza,' I grew up with this pizza," says Pedro Rivera.
Aegean Pizza & Italian Restaurant will permanently close on Aug. 6.
Rossis says he is looking for a new location but has not found one yet. 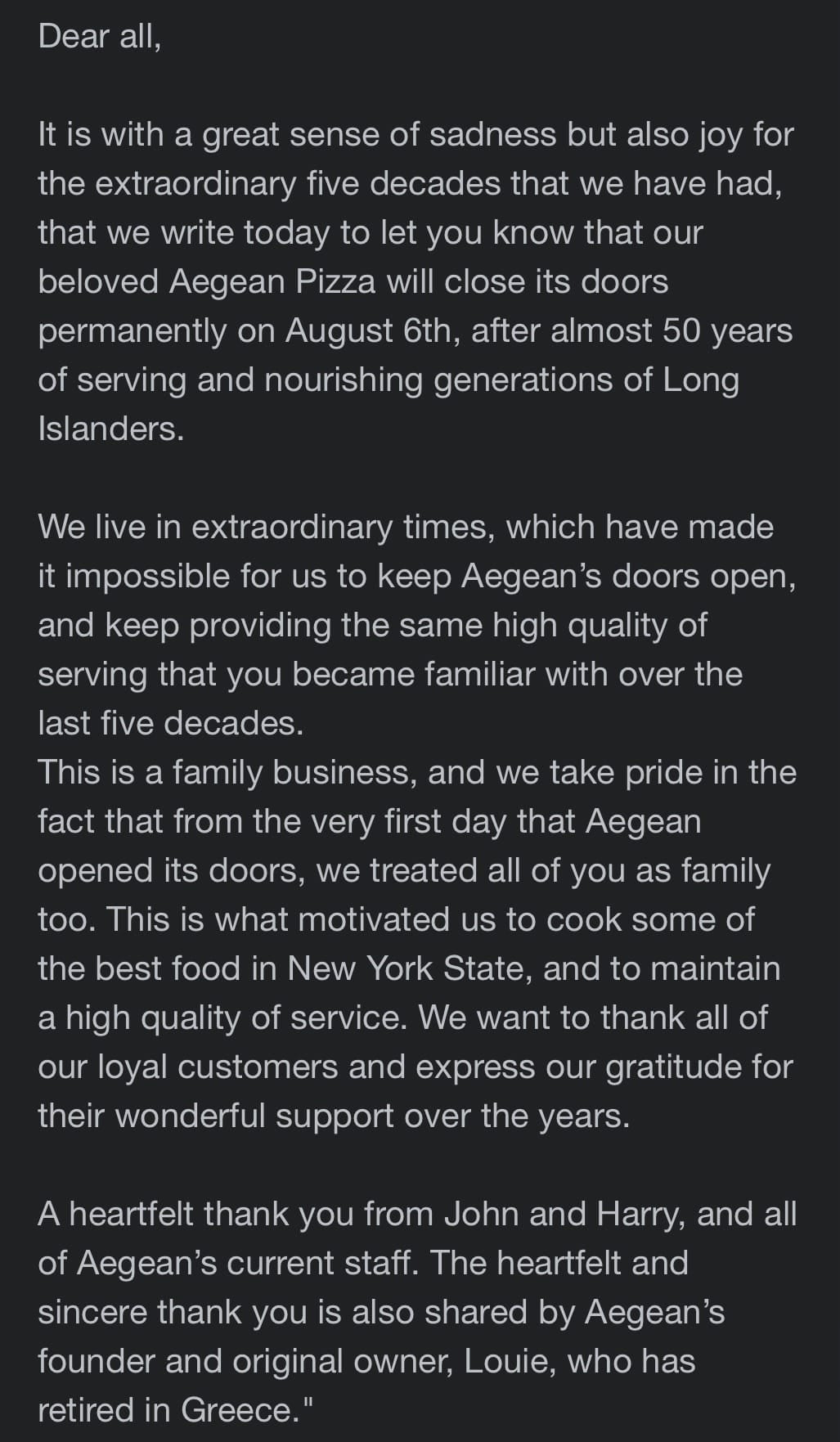 'Like a freight train moving through the woods.' Fire departments prepare for brush fires as LI enters state of drought